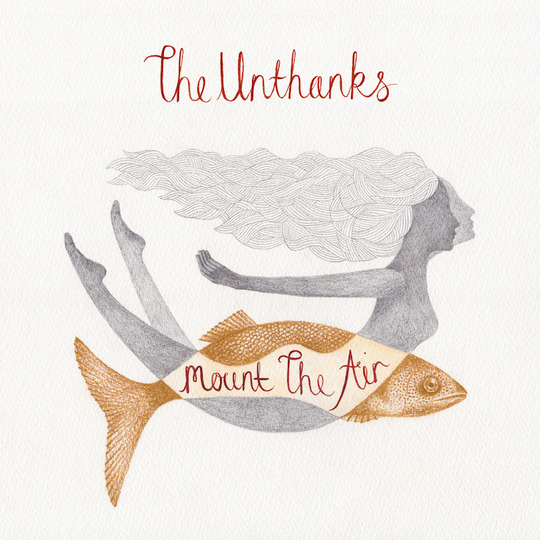 It’s been four years since The Unthanks released a full studio album, but it’s certainly not been a quiet period for the group. Three records have been released under the Diversions heading – one tackling the songs of Antony & The Johnsons and Robert Wyatt, one a collaboration with The Brighouse and Rastrick Brass Band, and the third a soundtrack to a film on the history of shipyards in their native north-east. Hardly a quiet period then, and hardly what most bands do with a bit of down time between albums - but The Unthanks have never been your typical band.

Beginning as just plain Rachel Unthank and focused on more traditional folk music, the band has shifted and morphed a few times before settling on the current incarnation, with equal billing given to Rachel’s sister Becky and a strong musical influence from multi-instrumentalist Adrian McNally. Now, following their series of Diversions and various personal milestones, The Unthanks have produced their most experimental record yet, but probably also their most accessible.

In many ways,Mount The Air is hard to categorise as a folk album. The epic ten-minute title track that opens the record is certainly drawn from more than that, the aching trumpet refrain that flows throughout putting a jazzy spin on those colliery bands they’ve worked with before, while the languid bass that stretches behind it hints at John Martyn and others who have pushed folk into more interesting territories. Building at a glacial pace, the track gently reveals itself to be an epic that Sigur Rós or Elbow would be proud of.

Elsewhere, the modern world makes its presence felt on current single ‘Flutter’, starting on a bed of strings and atmospheric keys that Portishead would be proud of. The breathy, earthy vocals of Becky Unthank, pushed to the forefront here like never before, suit this material perfectly, giving it an otherworldly quality as it floats above the fluttering, trip-hop drumbeat.

Another epic forms the heart of the album. 'Foundling’ starting with a sumptuous flurry of piano and strings before Rachel Unthank tells a more traditional folk tale of a mother addressing her abandoned child. Where once that might have done for a track, here The Unthanks have the confidence to strike out further, building and releasing the tension over waves of orchestral swell, before the narrative returns to bring everything to a subdued close.

All these tracks have folk deep in their roots, but to label them simply as such would only tell half the story. The rest of the album is a little more conventional, ‘Magpie’ using a nursery rhyme many of us are aware of to showcase the arresting quality both Unthanks have when they sing together unaccompanied; ‘The Poor Stranger’ using a simple melody to offer some respite after the darker edges of the proceeding instrumental ‘For Dad’. However, nothing is as simple as it may seem on first appearances, with repeated listens revealing the many layers applied by The Unthanks as they move further away from the labels they’ve acquired.

The Unthanks have never been gentle background music as some might expect, as they’re always drawn to the darker stories that they can dig up. On Mount The Air, those stories are matched by some sumptuous, confident music, and they sound all the better for it.