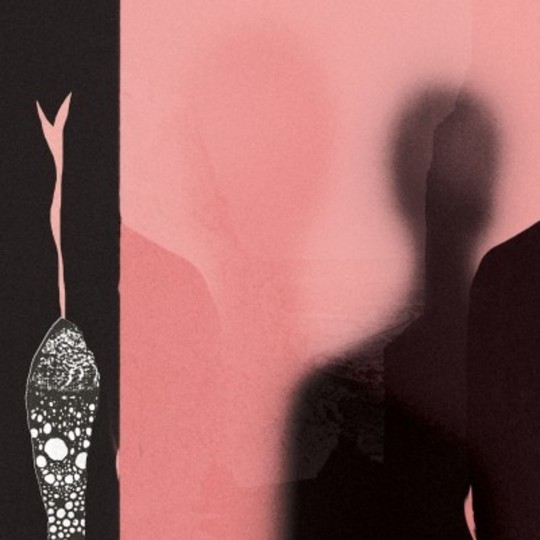 You’d be forgiven for missing it, but H Hawkline basically writes pop songs. Early album cut ‘Moons In My Mirror’ proves it conclusively. There are all the hallmarks of his work, of course – jerky, angular guitar shuffles, zany lyricism, and a train-track of a groove. But In the Pink of Condition pours enough light onto his songs to show that – whether he was playing around in traditional Welsh folk, dabbling in fuzzed out shoegaze, or whatever - Huw Gwynfryn Evans has mainly been in the business of classic songwriting and timeless hooks. And here, on his strongest album yet, a new approach to arrangement and production gives his songs a new vitality.

There’s little getting around the fact that this record sounds a lot like the last couple of Cate Le Bon albums. It might not come as much surprise, as the two musicians' artistry has become more and more closely intertwined over the years, her being H Hawkline’s long-time tour mate and collaborator, as well as producer of this LP (they also happen to be partners). But you couldn’t say that either has cribbed from the other. Both have wandered quite far from their sonic origins, to cultivate this shared space of sparse sounds and tightly locked repetition. Far from it being a smear to say that it echoes another’s work, In the Pink of Condition marks another great entry in an increasingly interrelated discography.

The record is a much more direct affair than the last time we heard from Evans on the frenzied spread of 2013’s ‘Ghouls’ EP. Le Bon’s production gives it a much sharper, more clinical focus. There’s nothing on here with the spunky snarl of ‘Kiss Me On My Lips’, with Evans’ screaming over a garage stomp. This is more languid and unhurried. It wanders between trickles of call and response guitar runs, repeated under close examination, letting larger patchworks emerge from layers of smaller detail. Tracks like the half-spoken rush of ‘Moddion’ are rare moments of outright weirdness. More common are songs like that early single ‘Moon In My Mirror’, moving to a tight framework to deliver a rounded pop chorus. They are also among the best songs of . Hawkline’s career.

He does have a few records in his discography, but it’s easy to hear this as a debut or new starting point of sorts. His previous offerings all have an element of feet finding to them, flitting between styles and sounds. In the Pink of Condition is much more unified, thanks to its confidence in production and arrangement. Whether the songs zip like ‘Ringfinger’ or sprawl like ‘Rainy Summer’, they all feel very much of one piece, giving them a cumulative strength beyond their individual merits. In short, it’s a proper album. More than just another fruitful collaboration with Cate Le Bon – it’s the strongest statement of H. Hawkline’s individual voice to date.