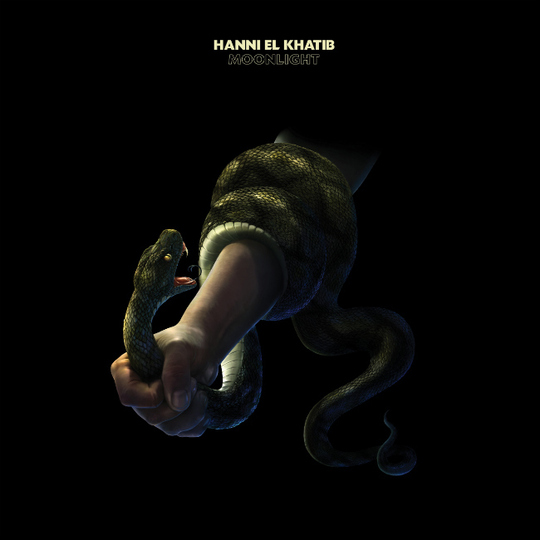 San Francisco fashion designer-turned-garage rock guru Hanni El Khatib spoke of having few expectations to live up to when coming to write and record his third album Moonlight. Last set, 2013’s Head in the Dirt certainly grabbed attention thanks to the guiding hands of Black Keys’ musical auteur Dan Auerbach; but it threw up no hits. Add to this a predominantly European following yet decidedly Californian sound, and you can start to see why he felt the pressure was off. Embarking on a 30-day stint of isolation in L.A’s The Lair to record Moonlight seemingly offered the chance to get introspective, exert more control over his music than ever before and, consequently, put together his most idiosyncratic effort yet.

Never one to shy away from a good quote, Hanni said in a recent interview that one question-come-mantra came to shape his whole approach to the new album: 'What would it sound like if RZA got in the studio with Iggy Pop and Tom Waits?' It’s an exciting proposition, and while Moonlight doesn’t really come close to providing a fulfilling answer, it does explain the added scope and depth behind the record. The stereotypical garage rock and vintage Americana influences are all still there, and comparisons can be drawn predictably to Allah-Las (also on Hanni’s Innovative Leisure label) and Black Keys (whose presence seems ubiquitous in the genre); but what makes this effort more intriguing is a genuinely expanded musical lexicon. Amongst those influences are names that don’t quite sit right. RZA and Iggy? How about Nick Waterhouse and Timber Timbre? ‘Chasin’’ for example channels the cinematic sound and downright sinister tone that Timber Timbre so brilliantly captured on last year’s Hot Dreams within sleek and crooning vocals. Lines like “I been chasin’, even if you don’t want me to” and “I just want to taste the sweat on your skin” are threatening and sexy simultaneously. There’s a lot of singing about relationships here, but gone is the positivism of former tracks like ‘Penny’, and in comes a dishevelled and illicit type of love: unrequited and imbalanced as with the decidedly masochistic ‘Servant’.

‘Mexico’ is a standout track, hitch-hiking its way through field recordings, garage rock and flamenco armed with a handgun and a bottle of tequila. Unfortunately though, none of these ideas are pushed through far enough, and the only time that imaginary and unlikely collaborations are convincingly posited is with ‘Two Brothers’, a kind of Black Lips/LCD Soundsytem wig-out. It’s part garage jam part prohibition disco that stretches to nearly six minutes as the album’s longest, and most instantly accessible track.

On 'Mexico' Hanni sings “I been hiding in the alleys and the backstreets of my past/it’s dark sometimes out here with the rats but I survive”. As a line it encapsulates the album perfectly, explaining the seedier, darker and jaded twist made on the garage rock staple. While it’s an intriguing album, it’s one where ideas lack a little conviction. You get the impression that if he’s ever going to answer that great Iggy, Tom, RZA collaboration question, he’s going to have to dig deep into the weirder parts of his subconscious and tread some entirely new ground, not just shed new light on old.