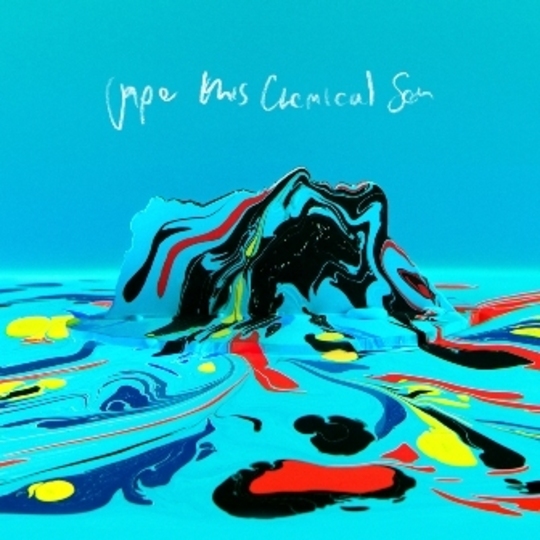 One of the better jokes in Seth MacFarlane's okay-wrap-it-up-now American Dad! sees intrepid buffoon Stan Smith fawn over R&B singer Patti LaBelle, condescendingly describing the genre as 'one long song'. It's a cute line but, should an artist choose to steer a narrative in such a direction, a difficult trick to pull off.

Jape, however, make it sound easy. Once the solo concern of Richie Egan, the project has grown in numbers and ambition. Having become the only two-time recipient of the Choice Music Prize (Ireland's Mercury equivalent), Egan switched his native Dublin for Malmö for personal reasons and altered his professional methods. Though he remains very much at the forefront, his baby is now a collective and so bandmate Glenn Keating performs a dual role as both musician and sounding board.

That's not to suggest that Egan is especially hermetic, though album number five is his most collaborative effort to date. It is also the most immediate. Fond of experimentation and no slave to one template sound, he has always had one foot in acoustic and one in electric. Here, with the exception of the guitar textures of 'I Go', he goes full-on electronica as This Chemical Sea unfolds in the manner of, well, one long song. Structured like a concise DJ set, all ten tracks come together to form a single flowing house jam. A quite sublime one, too. 'Seance of Light' kicks off like some wacky gameshow theme before settling into a snug driving rhythm. Though 'The Heart's Desire' and 'Absolutely Animals' match its energy, they're nestled together with movements that can slow right down into a Seventies New York disco groove - 'Without Life in the Way' - or a climbing echo chamber like 'Metamorphosis' without missing a step. This is smart electro-pop expertly realised.

There's more on the agenda than just pleasing bleeps and bloops, though. As you may surmise from its title, This Chemical Sea is concerned with the planet, troubled by depleting resources and a general lack of care for the environment. It's no didactic screed, rather sound commentary offered up if you're willing to pay attention. The vocals are deliberately breezy and thus supportive of attractive, hypnotic music so you may well miss the sentiment but the frequency is there. Egan doesn't need to shout to make a statement, nor does he adopt some kind of infallible critic stance. 'Seance of Light' is a tremendously inviting affair, but Egan stands up to be counted as one of many who have become accepting of too much information, too many bright lights. "I know I should care, but it doesn't seem real", he laments upon noting that this is a world that "terrifies some".

Though warm, This Chemical Sea is a lament. 'Absolutely Animals' mourns for Mother Nature. 'Breath of Life' tackles naked, individual trauma. Even the excellent, Conor O'Brien-assisted 'Ribbon Ribbon Ribbon' finds time for contemplation. Signing off on both pulsing set and thoughtful discussion, Egan mixes melancholy with optimism. Ambiguity lingers as the notes fade away. "At least we both can swim in this chemical sea" makes for fitting glass half-full, half-empty reflection. There's right, there's wrong. We're fucked, we're doing alright. Answers are hard to come by, and Jape aren't necessarily here to provide them, but it's refreshing to hear questions being posed