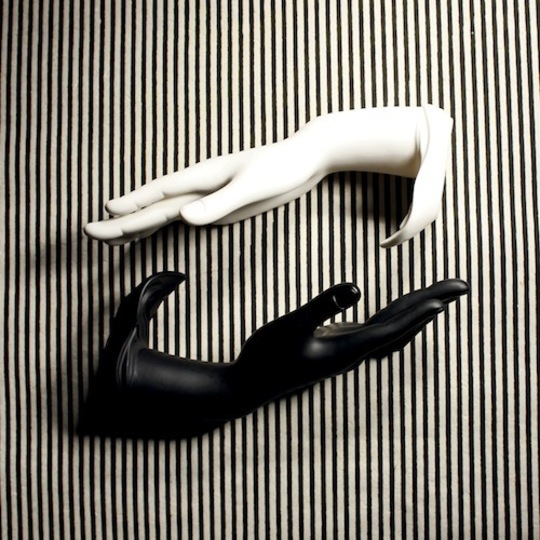 Releasing a record in January used to represent a little bit of a calculated gamble; on the hand, you were putting yourself at risk of being forgotten about by the time the increasingly important, and apparently now blanket, end of year coverage rolled around, but at the same time, the schedule for the first month of the year used to be a pretty sparse thing; there was a decent chance of increased exposure for anybody who stepped up to help fill that void.

January of 2015, though, has proved itself an anomaly in the extreme, with an uncommonly stellar selection of new releases; you know it’s a good month for alternative music when Belle & Sebastian, The Decemberists and Sleater-Kinney all release fine new albums on the same day. The flipside to that, of course, is that it’s a pretty brutal environment for a lesser-known band to put out a new LP, especially if it’s their first; this is the state of affairs facing Melbourne’s Nite Fields as they ready Depersonalisation.

The press materials for the album make reference to the ‘uncompromising’ attitude of frontman and principal songwriter Danny Venzin and, sure enough, even with HTRK’s Nigel Lee-Yang on production duties, Depersonalisation does not sound like an album that’s been subjected to strict editorial interference, to put it mildly. The band have very much done things their own way; minimalism is the name of the game throughout in compositional terms, but beyond that, there’s twisting and turning between shoegazey claustrophobia and ominous jangle-pop.

It’s the tracks that lean towards the latter territory that meet with the most success here; ‘You I Never Know’s brooding guitar riff is the perfect accompaniment to a rough, scuzzy bassline, with Venzin’s stoic delivery the icing on the cake; similarly, the obvious juxtaposition between a busy sonic landscape and an utterly unmoved vocal turn works well on ‘Prescription’, too. The moments that come over as out and out shoegaze, though, are altogether less successful; ‘Fill the Void’, overlong and meandering, effectively opens the record and is an unfathomably poor choice to do so, whilst the doomy ‘Come Down’, with Venzin’s vocal cloaked by thick distortion, seems to try and pull off a few too many things at once.

Elsewhere, there’s evidence of experimentation and ambition; ‘Pay for Strangers’ is a well-placed instrumental interlude at the album’s midpoint, and whilst the inclusion of the acoustic ‘Like a Drone’ jars a little, seven-minute closer ‘Winter’s Gone’, probably the most glacial and stripped-back cut on the album, hints that there’s potentially woozier territory to be explored next time out. It’s not that there’s a shortage of good ideas on Depersonalisation; it’s just that, in its attempts to sound lo-fi and to shroud everything in darkness, a fair few of those ideas have been smothered.