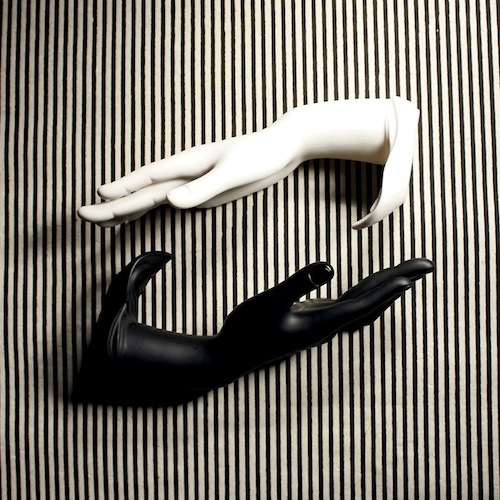 It’s not that there’s a shortage of good ideas on Depersonalisation; it’s just a fair few of those ideas have been smothered.»

Like the chorus on "Come Down" that makes the downward trajectory sound ornate and beautiful, the debut LP, 'Depersonalisation', from Sydney-based band Nite Fields, is sparse and cold yet inviting and intimate at the same time. Lead singer and songwriter Danny Venzin is opinionated, passionate, and uncompromising, whether releasing works on his own label Lost Race or maintaining his diligent focus on a unified (though not narrow-minded) Nite Fields aesthetic, regardless of what music is currently in fashion. His band mates Chris Campion, Liza Harvey and Michael Whitney consist of deeply immersed players in a tight-nit local D.I.Y. scene Australian iconoclast Nigel Lee-Yang of cult band HTRK, who's known for his distinctive musical vision, approached the band about mixing the band's future material after hearing their self-released "Vacation" single, which was recently re-released by felte. The results are rich with characterful sounds. Deftly crafted and sonically diverse, within the nine tracks you'll find noisy percussion, jangley guitars, potent bass and hypnotic synthesizers, all polished with Yang's signature electronic sheen. Poetic and personal, you need only to listen to the record's lyrics and atmosphere to understand where the title Depersonalisation comes from. Recurring themes include disassociation of reality and dissipation of love, with Venzin'sunderstated and at times unsettling vocal delivery almost as hard to forget as the album's unique mood.
description from www.roughtrade.com