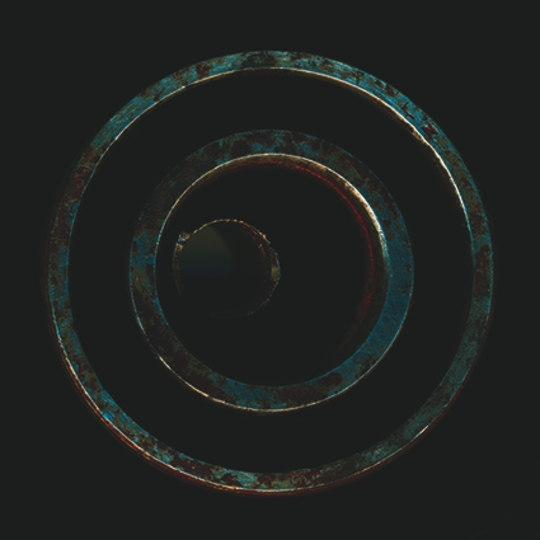 Just what are Zun Zun Egui supposed to be? Their founding members are Mauritian and Japanese, but they describe their new record as 'a British rock record made by a British group'. It's a lot more far-out than most recent albums worthy of similar descriptors, that's for sure. If you go by that dour single phrase and leap into the bold and colourful world of Shackles' Gift, you'll be stunned by what you find.

There's none of that straightforward guitars-bass-drums-vocals shit here - it works for a lot of people, but Zun Zun Egui strive toward something much more arresting. There's nothing like the shock of listening to something that shatters your notions of what rock music should sound like, and it's this desire to blow listeners' minds from which the band (Kushal Gaya, Yoshino Shigihara, Adam Newton, Steve Kerisson and Matt Jones) get their kicks. You could hear it all over their 2011 debut Katang - an album that caused quite a stir due to ZZE's captivating live performances - and it's even more prominent on their second album, on which the quartet clearly tried to transfer their live energy to a studio setting. This can sometimes be akin to capturing lightning in a bottle, which is probably why it took them three-and-a-half years to get this record out, but damn, they did an exceptional job.

Recorded last year with Andrew Hung of Fuck Buttons, Shackles' Gift is nine tracks of exuberant, effervescent and exciting music that defies easy categorisation. It comes out with all guns blazing on 'Rigid Man' which, contrary to its title, will make you want to get off your posterior and dance like nobody's watching, its busy rhythms and Gaya's affected vocal lines providing the ideal introduction to the unpredictable, Technicolor world that ZZE inhabit; if you find yourself involuntarily fist-pumping when some unexpectedly muscular guitars bulldoze their way into the mix around 3:45, trust me, it won't be the last time you're moved to celebration. 'African Tree' sounds like early Battles attempting to write a flat-out pop song (right down to the vocals-as-an-instrument trick former leader Tyondai Braxton loved to use), marching band snare-rolls and a solid-gold chorus propelling the band into radically new territory. ZZE have flirted with immediacy in their own strange way, but you get the sense that the likes of 'Ruby' and 'Tickle the Line' could be hits in a world where forward-thinking music sold as well as the Ed Sheerans of this one.

In any case, the multicultural mélange of musics that goes into the creation of Zun Zun Egui records has deserved a much wider audience for a while now, and Shackles' Gift should ameliorate their standing among the current crop of bands willing to go the extra mile to make themselves known. Listening to this record, you wouldn't guess the band are based in Bristol, or even from the twenty-first century. The way 'The Sweetest Part of Life' effortlessly toys with its own structure, or how 'I Want You to Know' takes the noise-rock template of the likes of Kyuss and modernises it in brilliant fashion - risks like this suggest that the record could only have been made in our time. There are a lot of places the band could go next, and by the sounds of things, they'll probably attempt to go to all of them at once. Zun Zun Egui's endlessly enjoyable second album is a bold and brilliant statement - an amorphous thing that entices and beguiles whilst simultaneously delivering heart-quickening thrills. 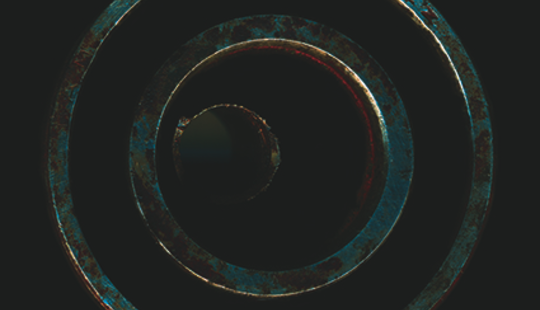