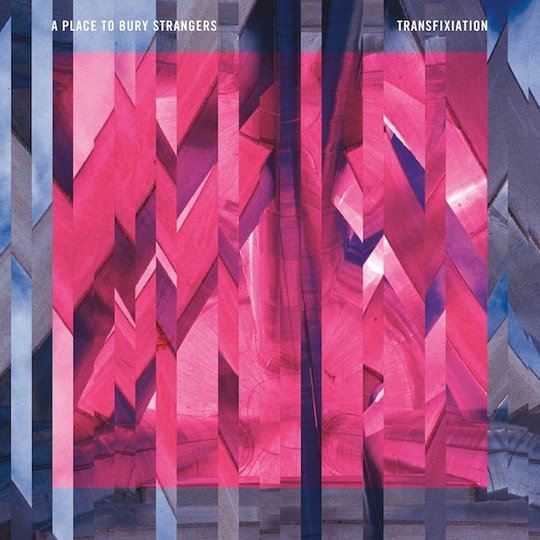 Fewer bands have been more misunderstood in recent years than Brooklyn three-piece A Place To Bury Strangers. Lazily and somewhat bizarrely dismissed in some quarters as shoegaze revivalists - a term that could only suggest said accusers have never actually listened to a note of their actual music - they can possibly lay claim to being the loudest 'Marmite' band in existence.

Nevertheless, for every naysayer there are dozens in thrall to the wares of Oliver Ackermann, Dion Lunadon and Robi Gonzalez. What sets A Place To Bury Strangers apart from many of their contemporaries (and peers for that matter) is determination. And by that we mean the determination to progress with every subsequent recording. Take it to the next level, exude boundaries. Because in their world, there really are no limits.

Ever since their self-titled debut arrived just under eight years ago, the desire to go one better has sometimes overpowered them. Hailed by some who've worked alongside him as something of an autocratic perfectionist, founder member Ackermann might be an in-house sound engineer's living nightmare but there's little doubt his band are exactly that these days: a democratic, three-pronged force to be reckoned with. So while 2009's Exploding Head remains A Place To Bury Strangers' pièce de résistance, Transfixiation - the band's fourth long player - is perhaps the closest recorded representation of the band's explosive live sound to date.

Having taken over two years in the making - several of these songs were actually debuted live on the band's 2013 tour in support of Transfixiation's predecessor Worship - the only common theme running through the record would be one of unpredictability. For a band with such a reputation for sonic brutality, it would be easy to find a formula and stick to it regardless. But then that isn't in A Place To Bury Strangers' vocabulary. Instead, they're more like the real second coming of punk (forget Green Day, Blink 182 and the rest of their cartoon ilk), something Oliver Ackermann alluded to the last time Drowned In Sound spoke to him 15 months ago.

Take closer 'I Will Die' for example, three minutes of visceral punk rock one of the songs dating back to those post-_Worship shows. It's how one would imagine a band like The Germs or X to sound had they been around today. Likewise the destructive 'Love High', which clocks in at under two minutes and in that time manages to encapsulate a similar sonic trajectory to that of an explosion in a paint factory. Album mid-point 'Deeper' also succeeds in transgressing more genres in six minutes than many artists manage in a lifetime, again making a mockery of those revivalist claims.

While intensified noise - or sonic annihilation as Ackermann himself calls it - resides at the heart of A Place To Bury Strangers' being, it doesn't necessarily tell the full story either. 'Straight', the first single released from the album crosses the same dance/rock axis HEALTH have so successfully navigated over the years. Its follow-up 'We've Come So Far', another survivor from 2013's live shows albeit under a different moniker ('Don't Go'), highlights the band's use of melody, particularly during the chorus where the delicate tones of Closing Eyes vocalist Emilie Lium Vordal add a feminine touch to Ackermann's coarse brutality.

'I'm So Clean' continues the love affair with melodic violence before effortlessly seguing into catatonic maelstrom 'Fill The Void'. Elsewhere, 'What We Don't See' provides the only real comparison to sonic forefathers My Bloody Valentine, Ackermann's wavering, tremelo-effected guitar doffing its plectrum towards the legendary quartet's 'What You Want' off their seminal Loveless.

Transfixiation and its creators' continual development is perhaps best summed up in the first sentence Ackermann utters on abrasive opener 'Supermaster'. "What have I become?" he asks mellifluously, the one moment of calm before the aural storm erupts. While Transfixiation doesn't answer that question specifically, it represents another giant step forwards in A Place To Bury Strangers' continual evolution.