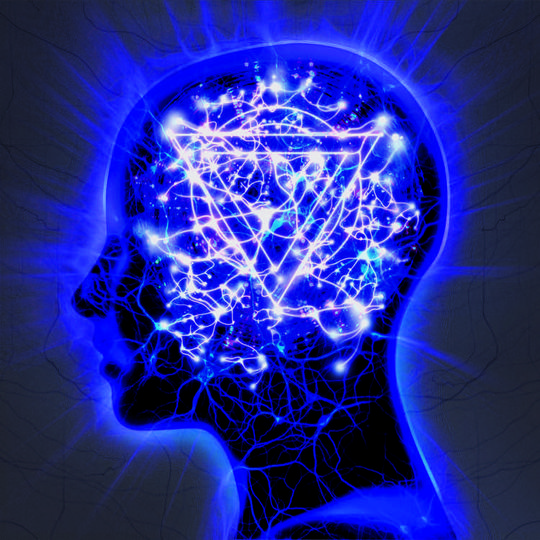 Enter Shikari are one of those bands that divides opinion and leaves little middle ground. They can be anything from purveyors of unlistenable nonsense to one of the most crucial bands in the country. The truth probably lies somewhere in the middle, but there’s no denying that the band have a dedicated mix of fans. By way of an example, I am friends with someone who classes Enter Shikari as one of his two favourite acts. The other is The National.

Then there’s the kids who were switched off by them after an energetic debut album was followed by the more thoughtful and political Common Dreads. Their more focused approach, dubbed pretentious by naysayers, was too much for some. They continued this with A Flash Flood of Colour and the singles they have released between album cycles and now we arrive at The Mindsweep.

The album continues the strong political themes of previous albums but does so in a different way. Where the last two albums have overriding messages, The Mindsweep sees Enter Shikari fight battles on several fronts. They take on the dismantling of the NHS on ‘Anaesthetist’ and then the corruption of banks on ‘The Bank of England’. It’s an approach that works, as it allows the band to make sure each song can stand up in its own right. The previous output has occasionally been guilty of containing too much filler. You’d struggle to accuse The Mindsweep of that.

‘The Appeal and the Mindwseep I’ opens things, as frontman Rou Reynolds introduces the album in a spoken word call to arms style. This is one of the things they do best and is an example of when their music is capable of inducing genuine euphoria. The phrase "this fight is for humankind" sends the track rifling into the main body – it should be ridiculous but it works wonderfully and building adrenaline. The second track ‘The One True Colour’ could be a skipper but an ending that matches that euphoria of the opener saves it. It’s a conclusion that will highlight how talented the band are at creating big moments of unity amongst crowds at gigs once everyone has learnt the words.

Then there’s the three-pronged assault of ‘Anaesthetist’, ‘The Last Garrison’ and ‘Never Let Go of the Microscope’. It’s a tribute to the strength of the first two tracks that my first impression was disappointment at not listening to something new. All three work on their own and are about as good an example of standard Enter Shikari as you can get. It’s particularly refreshing to see a band address the NHS as they do on ‘Anaesthetist’.

The album continues apace through 'Myopia' which sees guitars return to the forefront and the following track ‘Torn Apart’ which has the electronic vibe we became particularly familiar with on A Flash Flood of Colour. ‘Myopia’, in particular, has the potential to do great things for the band thanks to one of the biggest choruses they’ve ever created.

By way of an interlude, the album segues nicely into its closing chapter. ‘There’s A Price on Your Head’ takes its cue from System of a Down before a transition into eastern strings for the conclusion. It tackles the division of classes in the country in the most aggressive fashion seen on the album. Couple this with ‘Dear Future Historians’, which is a piano led ballad with a conclusion that recalls 65daysofstatic and you have two of the most interesting tracks on the record. The latter, in particular, shows off the versatility of the band and how unfair it would be if they were pigeonholed as Kerrang! poster boys.

‘The Appeal and the Mindsweep II’ is a chaotic track that returns to the opener before descending into a mash that closes the album well when listened to as a whole but won’t be making many playlists. There’s an Easter egg in there for fans in the reprisal of a classic track that is a genuine treat.

The Mindsweep is Enter Shikari at their most inspirational and consistent and as a result, their best record yet.