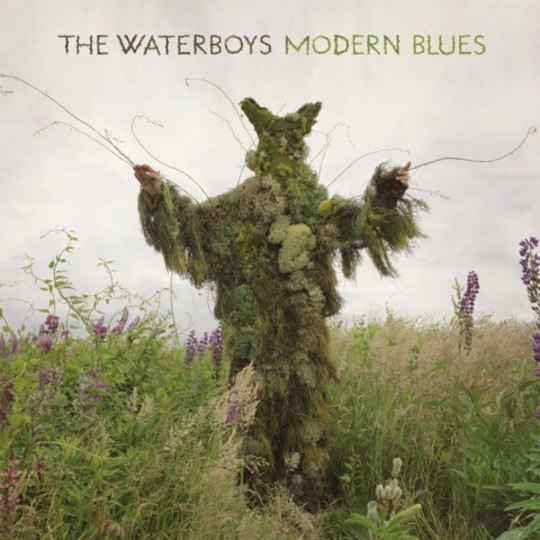 I pictured a rainbow; you held it in your hands.

No wait, that’s not right: I pictured Richie Blackmore’s Rainbow, and other Eighties rock bands. There, that’s what happened when I listened to Modern Blues, the first album in three years from The Waterboys.

Okay Rainbow are not, perhaps, the best analogy here (but fuck letting that stand in the way of a good joke). The focus on chugging power chords and cheesy guitar riffs that plague Modern Blues, a wholly inappropriate title, is too lightweight to be enjoyed by fans of the hair metal era. Joe Walsh, I suppose, would be a closer comparison. As I wrote when reviewing the Eagles guitarist’s last album , because it’s not my granddad’s birthday any time soon, this isn’t a record I’ll be urging anyone to go out and buy.

The trouble is, we have expectations of The Waterboys: if Joe Walsh releases an album of cringeworthy, but joyous, licks then no one is surprised...

We hope for more from The Waterboys – or Mike Scott’s Waterboys, as their website URL now calls them – though. True, their heyday has long past, but it’s inconceivable that anyone who loves the nuances and the emotional connections forged by the likes of Fisherman’s Blues or This is the Sea could find the same pleasure in something so vapid as Modern Blues (I really can’t stress how far from modern and how far from blues this record is). It’s almost inconceivable that this is the same man who wrote the greatest song in the history of pop music.

Oh go on, you know you want to listen to it again. I’ll treat you. And yes, that is the bloke out of World Party on the keyboards.

The problem is that the songs are pedestrian. ‘I Can See Elvis’ has a pleasant, lazy alt-country vibe to it, but drags. Six of the nine songs on the album are in excess of five minutes long and rarely justify their length. Rather than firing, Scott is Arcade Firing: taking half an idea and running with it for far too long. The album closer, ‘Long Strange Golden Road’ is a long road, but neither strange nor golden. Rather it sounds like an extended version of one of the weaker album tracks from Train’s Drops of Jupiter.

It has flashes (man this is writing itself), but they are like good new Simpsons episodes: few and far between. ‘November Tale’, a wistful, nostalgic, er, tale of shared cigarettes on a carefree romantic night, is genuinely heartwarming; its naive romance is both genuine and engaging. Scott’s voice too is excellent throughout. I mean this as a compliment, but his strained throaty vocal sounds like Tom Waits trying to piss through a hula hoop. Such moments, though, are too rare to sustain a 52-minute record.