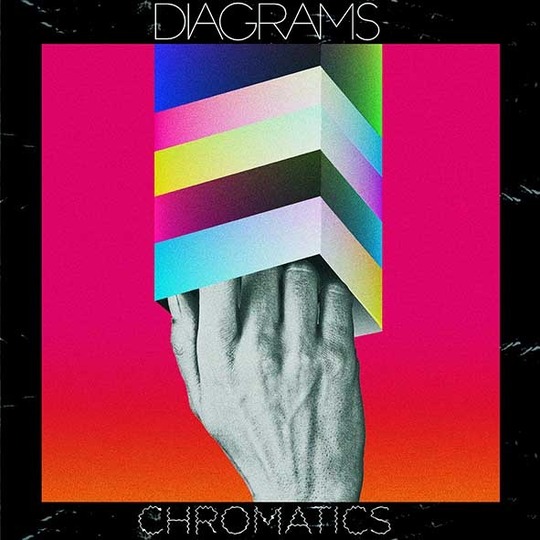 Sam Genders has always had a penchant for a particular class of quirky, slightly esoteric pop. This inclination has manifested itself in several forms; nursery rhyme-like indie-folk quartet The Accidental, the eclectic but distinctly loveable acid-folk outfit Tunng and, of course, the band in question here. Diagrams appeared back in the not-so-heady days of 2011; an opportunity for Genders to experiment a little more with his keyboards without having to worry about the expectations that come with an already established band. Black Light, from 2012, was a kaleidoscopic affair, fuzzing with beaming neon colour and a much more polished production than from its writer's more neo-pastoral sound of old.

Gone too, however, gone were the band members and the vocal textures that made Tunng something more than your average folk-pop collective. Genders’ distinctive, subdued tones were still there, yet they were backed by a brilliantly playful, fresh electronic aesthetic that made a significant contribution to an already accomplished artist’s back-catalogue.

Two years later and Diagrams make a welcome return with Chromatics. Despite the album's name and equally as colourful artwork, there is a sense that – having already dipped his toes into the vast sea of electronic sonic possibilities – Genders appears to be looking to the more traditional band structure. This takes the form of an album that still experiments with synth flourishes and futuristic aesthetics, just not as much as expected. While not having the same dynamic that spawned Tunng and Accidental records, Chromatics has the confidence and sense of self of a band who have been doing this for years. While on the surface this may seem like a good thing, it’s hard to avoid the impression that Genders has taken a step back rather than forward.

While Diagrams was a decidedly new project with a decidedly new sound for the songwriter when it appeared four years ago, now it sounds like the same band channelling Tunng’s folk-sensibilities rather than Diagrams’ neon exuberance. This leaves the listener torn. On the one hand we have an artist who clearly sounds comfortable and, indeed, successful in what he is doing. Yet on the other we yearn for something a little more intriguing, as seemingly promised to us with Black Light.

‘Gentle Morning Song’ is, by all accounts, a perfect serving of traditional indie-folk. Acoustics and electrics coincide, there’s a little organ hiding in the background and a flawless vocal that ties the whole thing into a perfect package. Like getting a nice pair of socks for Christmas, there is nothing wrong with it; it’s just not what we wanted. This disappointment unfortunately characterises most of the LP’s 40-odd minutes. ‘Dirty Broken Bliss’ sees its composer at a mental crossroads. The acoustic riff plays devil’s advocate and lures him back to his folky past, while space age synth pulses drag him back to Diagrams, urging him to continue what he started. The same happens on, ‘The Light and the Noise’, and one or two other moments, but ultimately it is Sam Genders’ past, not the present or the future, that gets the better of him.