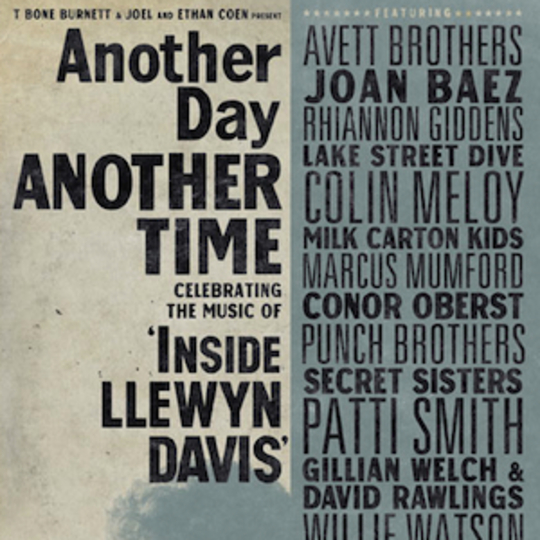 Music has played an important role in many of the Coen brothers’ films: indeed, the soundtrack to O Brother, Where Art Thou? grew bigger than the film itself, selling millions and spawning a number of spin-off live albums and copycat compilations. Inside Llewyn Davis, the latest film from Joel and Ethan Coen, had music at its heart more than any of their previous creations, telling the story of the titular character, an arrogant troubadour who fails to notice the changing winds blowing through the coffee shops of Fifties New York. You can see then why the brothers and their regular musical collaborator T-Bone Burnett would want to celebrate this film’s soundtrack in a similar way, with a concert in New York that would be made into a documentary and this, the accompanying live album.

A two-disc compilation featuring a seriously impressive line-up of seasoned country heroes and rising young stars, the album takes Inside Llewyn Davis as an inspirational starting point, but is by no means a slavish run-through the tracks featured in the film. You do get the film’s star Oscar Isaac performing the movie’s key track, a wonderful take on the traditional folk song ‘Hang Me, Oh Hang Me’, and you also get a run-through of the annoyingly catchy novelty song that plays a central role in the movie – ‘Please Mr. Kennedy’ – here bizarrely performed by Isaacs and Adam Driver as in the film, but accompanied by Elvis Costello (Justin Timberlake does get a writing credit). But you certainly don’t need any knowledge or even a passing interest in the film to enjoy this as an album in its own right.

That’s thanks to the stellar line-up pulled together by the Coens and Burnett for this one-off live performance, with the aforementioned Costello also duetting with Joan Baez, while Gillian Welch, Conor Oberst, Colin Meloy, Jack White and The Avett Brothers represent a younger generation. There’s a nice mechanic to the set list that sees these artists performing one classic track alongside one of their own, which only helps to underline the strength of newer tracks such as Welch’s ‘The Way It Goes’. There’s some stellar performances of country standards, with Meloy’s take on ‘Blues Run The Game’ and Willy Watson’s ‘The Midnight Special’ putting a fresh spin on some familiar material..

It won’t have the cultural impact of O Brother’s soundtrack or any of its affiliated releases, but does stand up as an interesting and extremely listenable snapshot of alt-country. An accompanying visual element would add an extra dimension, particularly if you’re trying to understand why the audience seem to be whooping for no discernable reason at certain points in proceedings (clue, they’re American). But if you were a fan of Inside Llewyn Davis, this a great way to bring the film to life a little more and to expand on the world which inspired it, and also a quality live album in its own right.