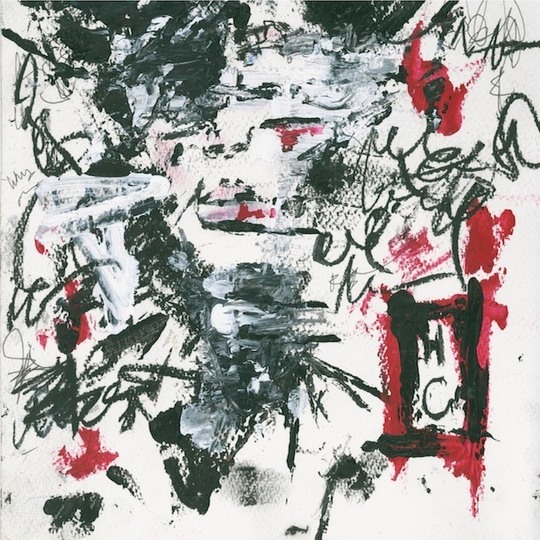 “Do I wanna be with you or be alone with my big ideas?” This is the question Francisco the Man lead vocalist Scotty Cantino seems desperate to answer throughout the ten tracks which make up the debut album, Loose Ends, from this exciting guitar rock quartet. This is a record full of uncertainty, full of doubt, full of seeking. It is also an album full of assured, hard-edged riffs, controlled aggression and confident dynamic shifts.

From the moment opener ‘You and I’ explodes into view, propelled as it is on the kind of riff that made Silversun Pickups famous, you know that you could be in for something special. Debut album this may be, but the intricacy and focus of these tracks makes the record's seven-year-gestation obvious. Here is a band arriving with a fully-formed artistic statement. This is an artistic statement not limited by crass genre-boundary definitions. From the shoegaze-y opener, we are led to ‘In the Corners’, which lopes along as if it wishes it were a Yuck song, before the pace is increased on the aforementioned ‘Big Ideas’. And on and on it goes. Centerpiece ‘In My Dreams’ is built on a gorgeously elastic bassline from Nester Romero as it grows and grows to a cacophonous climax. Previous single ‘Progress’ is a driving rock song, one of many to showcase the dueling guitars of Cantino and Brock Woolsey, as another pulsing bassline from Romero propels the song along. All of it is topped off by Cantino’s distant, almost otherworldly vocal performances, smooth as silk one minute, the next a piercing howl.

What is really exciting here is to see a band exhibit such synergy. This is not a forced pastiche on a tired old rock formula. This is a band presenting the best possible version of themselves and their songs to an unsuspecting public (or at least, an unsuspecting writer). Perhaps it’s the long life of the band prior to the release of this album and the opportunity this gives to hone their craft. Perhaps it’s to their benefit that this is on a label like Fat Possum, rather than on a major, rushing to find the next big thing, foregoing the possibility of artistic development. Perhaps, though, it’s just because Francisco the Man are a good band, a creative, solid band. Not a great band, not yet anyway, but a band with the potential, the achingly exciting possibility, to be a great band.

Best of all they have songs, piles of them. It is all too rare for a record in this genre to eschew style in favour of substance, but this is what Francisco the Man have managed here. The songs go where you want them to go, in the main, and when they deviate from the norm, they go in directions that are more satisfying, shocking even, than you could possibly have dared to imagine. Sure, it’s not brand new, it won’t change the world, but Loose Ends surely does present us with 2015’s first really intriguing rock proposition.

Francisco the Man have big ideas. I don’t think they’ll be alone with them too much longer.