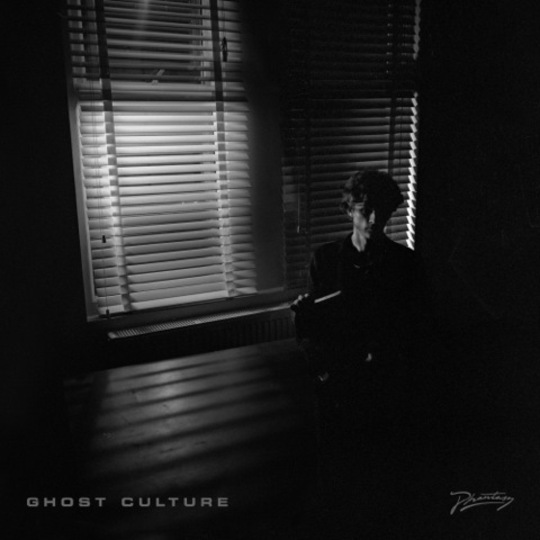 To get a label known for mostly releasing singles and 12-inch records to offer to release a full-length, you must have done something to make them sit up and take notice. Phantasy Sound (active since 2007) has released both records by Connan Mockasin and Daniel Avery's Drone Logic debut LP. They waited four years to release a full-length record; to put that in perspective, Ghost Culture was signed off the back of a stream of his debut track last year. 'Mouth' provided that first glimpse into the Londoner's world, so it's fitting that it should open his debut, self-titled LP. Gleefully deceiving the listener with its slow-burning opening moments, it soon opens out into something resembling an updated take on Depeche Mode, with three additional decades worth of technological advancement along for the ride. To call it 'spacious' would be underselling its cavernous sound - you'll be picking it apart for days.

As a snapshot of GC's overall aesthetic, 'Mouth' is a revealing one - this is music made both for energetic nights out and intimate home listening. Indeed, later on the likes of 'Guidecca' would surely level any establishment that chose to play it once it entered its second verse: "Warning: this track contains ridiculous amounts of bass. Approach with caution". Couple that with the lift offered by its sweetly melodic chorus, and the result is damn near irresistible. After this, the record shifts gears once again for 'Arms', whose wobbly synth intro and insular overall sound hint that GC listened to a good chunk of Warp Records albums last year - indeed, an instrumental version could pass for a shorter track off Aphex Twin's Syro. His laconic vocal delivery may be an acquired taste for some – he doesn't have more than a two-octave range at the absolute most – but the focus frequently shifts from his voice to what's going on around him. Indeed, the ten tracks that make up the record often move from a verse/chorus structure to something entirely different. 'Glass' is a perfect example of this constant desire to keep listeners guessing.

'Glaciers', meanwhile, is situated at the heart of the record, and as slow-moving as its title suggests: a drowsy, sluggish track that sounds like it was written whilst dosed up on Valium, but nonetheless manages to be completely captivating. Things pick up again for the complementary duo of 'Lying' and 'Lucky', the latter of which is a Hot Chip-esque delight, its shuffling rhythms and love of different textures helping the record get back on its feet after the deliberate mid-album lull, before GC spaces out for penultimate track 'Answer', taking a detour mid-way through as the song is broken down to, and then built up from, lone synth throbs that culminate in a display of marvellous musical maximalism that will surely please the crowds he's set to play to this year. It thrives on the tension created by the familar build-and-release trick employed by so many others, but manages to put its own unique stamp on the technique. 'The Fog' provides the LP's coda; part of me is surprised by the last-gasp dive into Gruff Rhys-esque psychedelic pop, but the rest of me is too bowled over by its beauty to care. It's the last in a dazzling array of surprises that show exactly why his label were so keen to snap him up in the first place. On this evidence, Ghost Culture is in for a very good year.