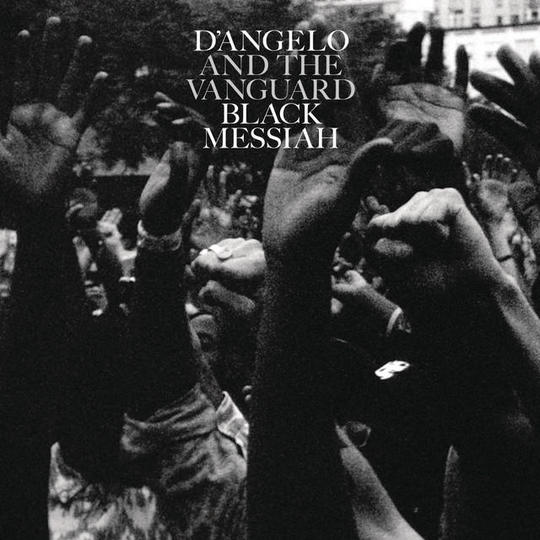 Back in 2008, when Axl Rose famously called Dr Pepper’s bluff by finally releasing (inflicting?) Chinese Democracy on the world, the music press found itself in need of a new byword for any project that had been perennially delayed to the point of parody; James River seemed as worthy a candidate as any other. The promised third record from D’Angelo was obviously enduring a turbulent and painfully drawn-out gestation process, but unlike Chinese Democracy, financial difficulties and an erratic egotist were not at the centre of its troubles.

In 2000 D’Angelo had released Voodoo, itself five years in the making after Brown Sugar had marked him out as a potentially pivotal figure in neo soul; the slinky, almost minimalist approach to R&B that defined his debut displayed genuine promise, but Voodoo still managed to utterly confound expectations. It traded its predecessor’s detached cool for irresistible intimacy, and made its relatively straightforward blend of soul and funk look stylistically stingy, delving far deeper into those touch points to create something that went right to the roots of blues and R&B and yet emerged sounding as if it had been dropped from the future. As one of the most intelligent, nuanced explorations of groove in musical history, Voodoo should, on paper, have left D’Angelo with the world at his feet.

In one of the most disastrous misunderstandings of a musician’s artistry since Manson first heard ‘Helter Skelter’, though, fans were beginning to flock to the singer’s shows to ogle and heckle him, thanks chiefly to the gross misstep that was the video for ‘Untitled (How Does It Feel)’. Solely comprised of a single-shot performance of the track from a topless and well-chiseled D’Angelo, it took a sledgehammer approach to the record’s subtle take on sexuality, and would eventually force the man himself - now increasingly insecure, as his status swung from gifted musician to sex object - into a period of hibernation that would be marked by addiction, legal troubles and, in 2005, a serious car accident. Suddenly, comparisons to the likes of Marvin Gaye and Sly Stone threatened to transcend music in their validity, just like - for example - parallels between Janis Joplin and Amy Winehouse would a few years ago.

Still, there were rumblings. Occasional guest appearances on records by his peers stoked speculation. Once he announced that James River was actually a going concern - initially claiming Prince’s involvement - a slew of big names were linked to the project, but delays were frequent and lengthy. The public could be forgiven for skepticism when Questlove claimed the record was '97 percent finished' in late 2011 – a man not known for aversion to hyperbole, The Roots’ sticksman also described it as 'the black Smile', in reference to the similarly protracted Beach Boys album. In delivering Black Messiah last month, more or less out of the blue, D’Angelo has partially nixed the accuracy of that comparison; fans of Sixties psychedelic pop were ultimately frustrated in their pursuit of the genre’s golden goose, forced eventually to settle for a rough approximation, The Smile Sessions. D’Angelo is not a man who deals in approximations.

One of Voodoo’s triumphs was its cohesion, the way that the album’s many flourishes dovetail in such a manner that it runs like one long R&B mood piece. The most understandable apprehension for Black Messiah – as James River has now been re-christened – is that a collection of songs pieced together over a number of years, potentially with a long line of contributors, couldn’t feasibly avoid sounding disjointed. That fear is unfounded; Black Messiah’s cuts are intrinsically linked, stylistically and thematically. Opener ‘Ain’t That Easy’ hits hard with its immediacy, instantly introducing D’Angelo’s enhanced understanding of the relationship between guitar and groove to proceedings; he’s learned to play the instrument himself since Voodoo, and the riff that runs through this track’s core is endearingly boisterous. It’s obvious, especially on both ‘1000 Deaths’ and ‘The Charade’, that Black Messiah’s exploration of funk rock runs deeper than on Voodoo - the stuttering fuzz of the former track’s lick and the latter’s blissed-out flickers of the six-string are both, brilliantly, set against lyrics defined by darkness and disorder.

Like Voodoo, Black Messiah’s greatest strength lies in D’Angelo’s understanding of how to create mood by weaving an impossibly complex instrumental palette. The snatches of brass on ‘Sugah Daddy’, the Spanish guitar that rolls through ‘Really Love’, the trippy, off-kilter synth snaking its way across ‘Prayer’ - they’re representative of a staggeringly diverse body of work, and yet none of them jar or sound misplaced; they’re all on the same mission, which is to contribute to an atmosphere of creeping disquiet. Where Voodoo delved into the concept of human intimacy, Black Messiah heads off in entirely the other direction, playing out like the soundtrack to the 99 percent’s slow realisation that the social construct surrounding them is designed to strip them of control. The album’s clash of styles, both instrumentally and tonally (play ‘Another Life’s blend of chirpy piano and woozy vocal lines off against, say, the disarray of ‘1000 Deaths’) create a claustrophobia that is entirely representative of the lyrics, penned in part with Q-Tip and Kendra Foster.

That, of course, is why the record - originally slated for release sometime this year - was rushed out in the industry wasteland that is mid-December; incredibly, an album a decade in the making is able to provide some disconcertingly incisive social commentary in late 2014. Run the Jewels 2 topped many an end-of-year list, at least in part because its simmering anger and obvious lyrical disenchantment marked out Killer Mike and El-P as two of the only musicians who actually seemed to be able to accurately channel political disillusionment and societal disenchantment into artistic statement. Whilst the timing of that record’s release - shortly before the grand jury verdict in Ferguson - seemed serendipitous, Black Messiah now feels like it’s taken this long because such a consistently nuanced portrait of our increasingly unstable world simply couldn’t be knocked out overnight. The genius of this record is that D’Angelo has managed to apply the sonic intricacy of Voodoo to his thematic approach, and in just the same way that a clever bass trick or smart texture would jump out of that record at you even after countless listens, new aspects of Black Messiah’s societal study will likely make themselves apparent months and years down the line from now. Call me a pessimist, but I can only see it becoming more, not less, relevant than it already is.

That it also continues Voodoo’s instrumental brilliance - everything from D’Angelo’s voice to crackle of the snare is treated with a delicate mastery - is just the icing on the cake, and indeed the social context of this album is not necessarily crucial to its enjoyment; you can just as easily take it all at face value, as a gorgeously woven soul record that will doubtless be able to shift shape to suit all manner of listening environments. Honestly, it doesn’t really matter which angle you take with Black Messiah. It’s a masterpiece from all of them.