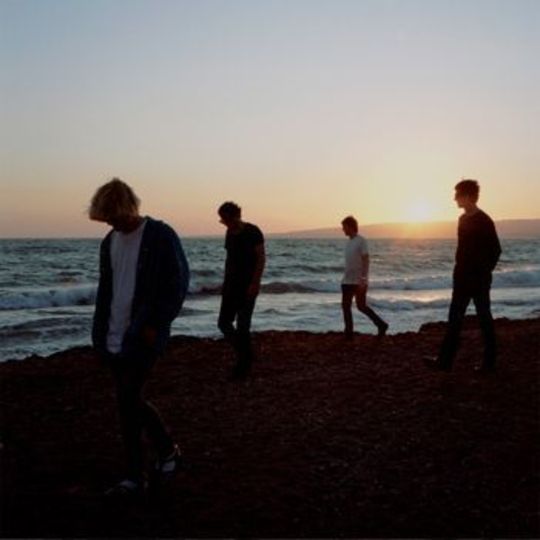 Longevity is an increasingly rare feat in music. So it's something of an achievement for The Charlatans to be celebrating the release of their twelfth record. Indeed it will be 25 years this October since the band put out their debut Some Friendly, and while they've embarked on a rollercoaster ride encompassing every possible emotion over the interim period, their continued existence serves as a haughty slap in the face for anyone guilty of writing them off.

Despite being lumped in with both the Madchester and Britpop scenes they've remained perennial outsiders, and it's this combination of resilience, determination and creative licence to do whatever they like that's kept The Charlatans at the forefront of their craft for a quarter of a century. And they've retained a distinctive sound, due in no small part to Tim Burgess' instantly recognisable vocals and the swirling Hammond organ characterised initially by Rob Collins up to his untimely passing in 1996, and Tony Rogers thereon after.

Boasting a catalogue filled with more peaks than troughs, it's nigh on impossible to pick out a definitive Charlatans record. From the youthful exuberance of Some Friendly, which announced their arrival in buoyant fashion, to the intricate melodies punctuating Up To Our Hips, the anthemic Tellin' Stories, soulful Wonderland and 2010's ridiculously underrated Who We Touch, there's a treasure trove of sonic beauty in the vaults.

So it shouldn't come as too much of a surprise that Modern Nature sits proudly alongside its impressive brethren. Recorded at the band's Big Mushroom studios with long time cohort Jim Spencer, who previously worked on Wonderland, Up At The Lakes, Simpatico iand You Cross My Path, Modern Nature fuses elements of the band's past glories with a vision firmly ensconced in the future.

Their first album since drummer Jon Brookes tragically succumbed to a brain tumour in the summer of 2013, the recording process for Modern Nature started just after the Albert Hall benefit gig for Brookes two months later, with Factory Floor's Gabe Gurnsey, New Order's Stephen Morris and The Verve's Pete Salisbury all contributing drum parts at various points. The all-star cast of contributors and collaborators is completed by vocalists Melanie Marshall and Sandra Marvin, who've worked with Kate Bush in the past, Dexy's Midnight Runner Jim Paterson and Sean O'Hanlon of The High Llamas.

With such a disparate and diverse range of artists on board, it's little wonder that Modern Nature takes on several identities and sounds all the more inspired for it. Opener and lead single 'Talking In Tones' revels in a Sixties beat vibe, its chorus mirroring the melodic precision of the Spencer Davis Group's 'I'm A Man' for good measure. Current 45 'So Oh' follows a similar path, if at times harking back to the band's past - listen carefully and the hookline from 1994's 'Jesus Hairdo' could slot in almost unnoticed. It represents four of the most uplifting minutes The Charlatans have committed to tape, and undoubtedly stands as one of Modern Nature's pivotal moments.

'Come Home Baby' has a West Coast Carpenters feel about it, the line "It's such a joy watching the smile on your face" suggesting fatherhood may have also had a significant influence on Burgess' lyrical aspersions. "Is this the beginning? Cos it feels like a start" asks Burgess on the soulful 'Keep Enough', while 'In the Tall Grass' with its laid back groove and Manzarek-style keys offers a comforting arm-around-the-shoulder moment.

"Pretty girls just make waves," declares the singer on lively album mid-point 'Emelie', while Modern Nature's immediate theme continues on the bouncy 'Let The Good Times Be Never Ending', which feels like a celebration of the past mixed with a wishlist for the future. Modern Nature's real piece de resistance comes in the shape of 'Lean In', its stripped-back guitars jangling incessantly over vocal harmonies eerily reminiscent of My Bloody Valentine's 'Strawberry Wine'.

Bringing up the rear but no less important, 'Trouble Understanding' follows a similar path to that on one of the band's best known singles, 'Just When You're Thinking Things Over', its shuffling beat, provided by New Order's Stephen Morris. The record ends on mournful ballad 'Lot To Say', a tranquil if romantic number that brings Modern Nature to a succinct close.