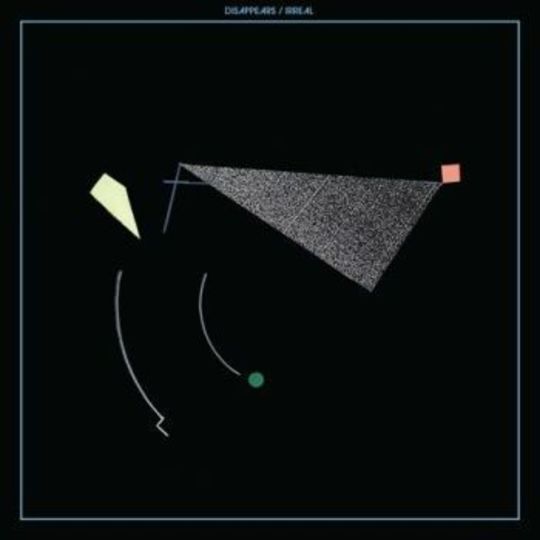 Embraced by the shoegaze, psych and garage rock contingents in equal measure, Chicago four-piece Disappears aren't quite ready to slot into any genre-specific pigeonhole if Irreal is anything to go by. Their fifth album to date and first since 2013's Era. It's a coarsely intense and often relentless journey that takes the listener back and forth between the industrial landscapes carved out by first wave post punk experimentalists like Throbbing Gristle or The Pop Group and more recent, beat-driven excursions of HTRK or HEALTH. Which isn't to say Irreal or its creators are copyists. Far from it in fact. And in frontman Brian Case they have a distinctive voice at the heart of their avant-garde musings.

As with its predecessor, Irreal was recorded with esteemed producer John Congleton at Steve Albini's Electrical Audio studio. While it would be unfair on Disappears to say the former Paper Chase guitarist was responsible for Irreal's often brutal discord, his influence is there for all to see (and hear). "Anything can happen" insists Case on atmospheric opener 'Interpretation', and it does over the course of its six-and-a-half minutes. Veering from metallic art rock to the effects-heavy nervous breakdown towards the song's rear, it sets the scene impeccably for what follows.

'I O' divides its time between industrialized minimalism and off kilter, lo-fi post punk that recalls Pailhead, the one-time side project of Fugazi's Ian McKaye and Ministry's Al Jourgensen. Meanwhile, 'Another Thought' is the sound of melodic imperfection through the eyes of a brooding dystopian where guitars get shredded and skins become pounded into submission.

Things take an altogether unexpected turn on the title track. Arguably the centre piece of the album, there's elements of Tool and System Of A Down in its mesmerising structure as well as all the other components familiar to Irreal. Disturbing instrumental 'OUD' exemplifies Disappears' industrial spirit while the haunting closer 'Navigating The Void' takes its cue from kindred spirits Weekend and Cold Cave, albeit doused in melancholia.

Elsewhere, 'Halcyon Days' combines fractured guitar sounds with a pervasive backbeat not too dissimilar to Bauhaus' 'Terror Couple Kill Colonel'. Staying with the same era, 'Mist Rites' fuses playful melodies with dark guitar signatures like The Pop Group jamming with The Sisters Of Mercy. Which as unlikely as that may sound, actually works a treat in this context.

While Irreal might prove a difficult conundrum for those that favour their music structured in an orderly, compartmentalized fashion, perseverance has its rewards. Intriguing.