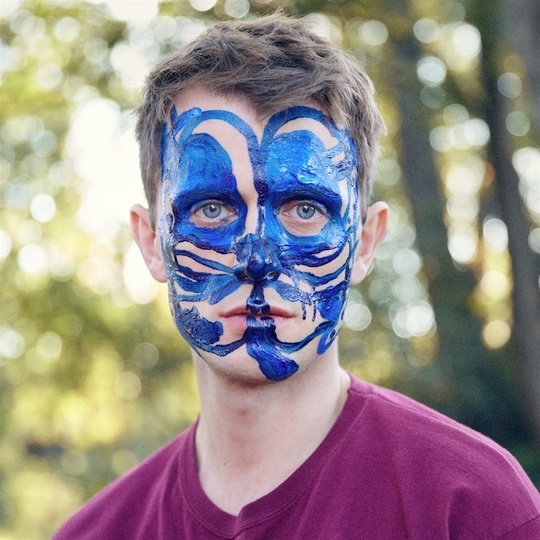 If Norwegian singer Nils Bech is not exactly famous for his honest and open lyrics, then he is at the very least quite well-known for them. It doesn’t take long to work out his appeal, though getting deeper into the emotional and varied world he creates is a rewarding experience.

It is said that the best art leaves an impression, whether positive or negative. It is difficult to deny that Bech’s unusual synth-based pop has the potential to be divisive but that is perhaps part of his aim. Like fellow Norwegian Jenny Hval, he makes music that creates a reaction. That he sings in heavily-accented English could grate but it is not a gimmick. It feels anything but forced; almost strangely natural. Bech’s atypical and elongated vowels are refreshing, and go some way to revealing the character of the performer, if not the man himself.

On stage, Bech is utterly captivating; his shows are pure theatre and it’s where he is at his brilliant best. Calling him a 'singer' or even 'musician' ignores the manifold aspects of his art. He is purely a performer and uses a combination of his talents to incredible effect. This simply cannot be recreated on record; but with ears only at your disposal, the focus moves. Instead of his facial expressions and expansive dance moves being the centre of attention, your attention shifts towards the lyrical content; the muscle around the skeleton of offbeat electro-pop.

This is utterly transfixing, too. Although the opening half of One Year has many moments of note – ‘After: Shame’ is a buoyant romp through the notion of fame and, aptly, on-stage persona – where it blossoms is in the 13-minute triumvirate of ‘That Girl’, ‘That Girl/Jealousy’ and ‘Jealousy’. A slow and sparse almost-spoken passage begins before giving way to a pulsating synth and peripheral, incidental adornments. “Tonight we’ll meet at last this girl you had a thing with / I’ll keep an open mind / A girl you had a thing with / A thing with”, he opens with. The words in ‘That Girl’ are deliberately delivered and carefully considered. It is as though Bech is projecting his deepest thoughts aloud, or even preparing an intimate letter. The prolonged silences are equally powerful in one of the album’s most emotionally raw sections.

The densely-textured and bass-heavy ‘Jealousy’ showcases vocal versatility as it freely soars and swoops wonderfully for nearly six minutes. Much of One Year has this air about it and it is difficult not to feel touched – at least a little – by this lack of restraint. Whether based on real-life, fiction or a combination of both, through his music you become intimate with the artist, if not the man himself.

There had been more than a few hints at what Bech is capable of before, but One Year is where he pulls it all together – consistently and over the course of an entire record. Yes, it can feel slightly affected but once you jump this small barrier it becomes almost impossible not to revel in the honesty, fun and brilliance that One Year has in abundance.