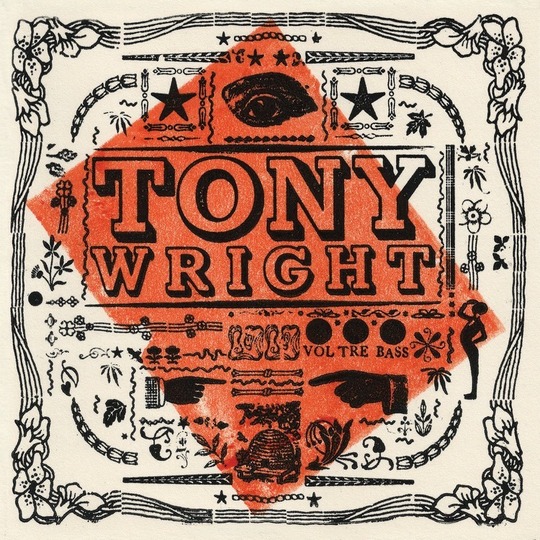 Following on from a career of respectable length with Nineties Britrock chart-bothers Terrorvision and the terrifically-named Laika Dog, singer and street poet Tony Wright has gone the traditional way of the frontman and released a solo album. However, unlike the all-too-common, ego-stroking outpourings of a rock singer with a taste of fame and an unwillingness to share credit, Thoughts 'n' All is a worldly, mature reflection on a life spent in the proverbial fast lane, rather than a masturbatory, self-seeking attempt at going it alone.

Making like Ginger of peers The Wildhearts, Wright smashed a PledgeMusic target, raising 250 percent of the total. The resulting collection of acoustic ditties is a far cry from the silliness and success of 'Perseverance' and 'Tequila' and more of a toned-down, introspective, almost voyeuristic look into the soul of an oft-forgotten figure of UK rock, one usually remembered for little more than booze-soaked bounce.

Nevertheless, it's in this minimalism that it carries some emotional impact. Thoughts 'n' All consists of ten skeletal, folksy forms of what could be fleshed out as great pop rock tunes. 'Little Things' is a charming analysis of mundane monogamy, while 'Great Horton' chronicles and celebrates the Bradford live scene, going as far as to name-drop New Model Army and Paradise Lost. To begin with, it seems that even when Tony Wright decides to strip things down, bare his soul and cut himself open, he still can't help but bleed melody.

Said blood then runs a bit blacker with the anguished longing of 'Do You Love Me?' before the arrival of the album's selling point, 'Self Portrait (Rock-A-Boogie Merchant)'. It is, as the name would suggest, the most honest, reflective and bittersweet song on offer, a tale of returning to everyday life after the arena crowds have stopped showing up, album sales have declined and youthful nihilism has taken a back seat to a reality that's too hard to accept. Free from any ambiguous, lyrical metaphors, Wright finds himself “living off the fumes of my youth, searching every bottle in my quest for the truth” before he manages to turn the bleak “I drink anything I can lay my hands on, 40 percent proof is far enough away from the truth” into a warm, life-affirming chorus.

Tongue-in-cheek humour creeps in too as he cries “the last place I ever saw the charts was the doctor's office wall as he was looking at my heart.”Not that the charts have ever meant much in the grand scheme of things, but the fact that this album has been financed almost twice over through donations shows how the measure of success has changed in the digital era. A true artist-to-fan experience, it takes out the consumer-driven middleman and builds the creative platform from which Wright can laugh at the pressures of the past.

Long before the conclusion, it becomes clear that this is Tony Wright singing about Tony Wright for Tony Wright. It's a cathartic experience that does little to represent his usual persona and probably not the ideal starting point for newcomers, but for those already acquainted, it's some self-indulgence that's worth indulging