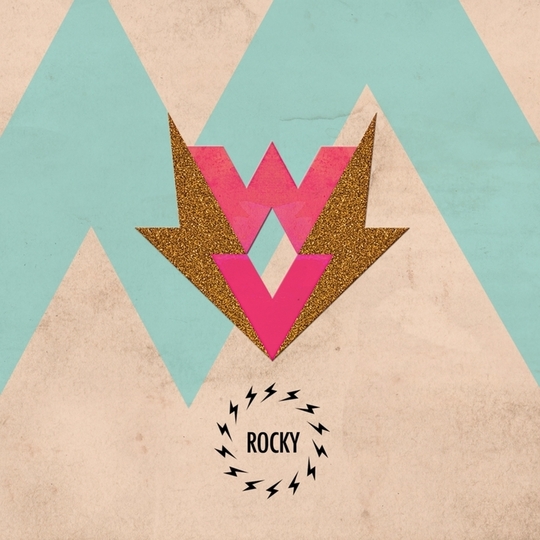 It was a long time coming, but 2014 was the year that Northern Ireland’s Wonder Villains delivered their long awaited debut album. However, despite a strong live following, picking up quite a bit of airtime on Radio 1 and even getting a song used as the theme for a reasonably popular CBBC series, the band’s album, Rocky (which takes its name from ex-Oppenheimer member Rocky O’Reilly, who produced), seemed to go over most people’s heads this year. This is a real pity, as it's a record filled to the brim with pop deliciousness.

The tone of the album is set on the opening track ‘TV’, an ode to the boob tube which sets the template for the band’s day-glo pop sound. This is then followed by the more measured 'Blonde' before plunging head first into one of the first bona fide highlights of the album, ‘Zola’. It’s a tragedy on a colossal scale that its infectious chorus “the keeper said to Zola, you're dead when this is over, and you're out until October” hasn't been adopted as a nationwide terrace chant. Just imagine the royalty payments they’d be getting if it was…

The pop culture hat-tips on Rocky aren’t just limited to diminutive retired Italian footballers. The album is chock-a-block with references to all manner of nods, be they musical (Weezer on ‘33’, Blondie’s lead singer on ‘Debbie’, and Bruce Springsteen on ‘Baby Don’t Look So Sad’, in which lead singer Eimear apologies to The Boss for doubting his coolness), film (‘Linklater’), or on television ( the hyper-fun ‘Marshall’ is about Jason Segal’s character in How I Met Your Mother, whilst ‘Oh Peter’ demonstrates just how long this album’s gestation period has been, given that it’s dedicated to a character from Heroes, which has been off-air since 2010). The crowning achievement of these references however is ‘Ferrari’, a song which contains the best lyric in an album released in 2014, and one that every single person who was a kid in the late Nineties can relate to - “I swapped my brother for a Pokemon card, a shiny Charizard.”

Whilst the majority of the songs do follow a straightforward pop formula, they do experiment with different styles on the album, all whilst keeping the band’s style at its heart. ‘Golden Five’ is one of the more complex songs on the album, with its many key and tempo changes, but at its heart is a fantastic pop song, one that sits somewhere in between ‘The Look’ by Metronomy and ‘Boys Don't Cry’, and topped off with irresistible complete with irresistible "ba ba ba" vocal hooks. The gorgeous ‘Fiction’ on the other hand is the closest the band will ever get to a ballad, albeit one drowned in a plethora of synths.

Since their formation, Wonder Villains have described variously as 'alt-pop', 'indie-pop' and even 'anti-pop'. These people are wrong. What Rocky so brilliantly demonstrates is that the band are first, and foremost, a pop group, and a fantastic one at that. Although there are a few minor academic quibbles with the album (such as the strange decision not to open the album with ‘33’, which has been the band’s traditional opening track when performing live), the band have come as close as it is possible to write a perfect, genuine, uncynical, pop album this year. And given this year also saw Taylor Swift's 1989, that’s some going.