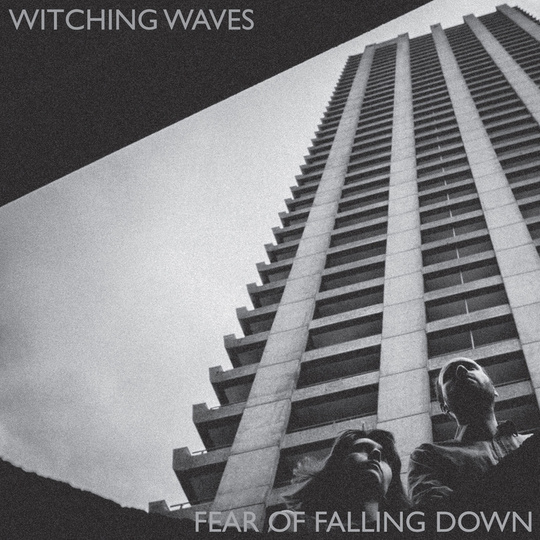 December is a bit of a tricky time to put a new release out, particularly if it’s a debut album. Pretty much everyone has turned their attention to the traditional end of year listageddon, while some outlets have already gone beyond even that, tripping over themselves to be the first to tip the big unit-shifters of next year, in the process writing off what remains of this year. It would be a real shame if Witching Waves fell into the cracks created by the retrospective and anticipatory stampedes, because right at the end of 2014 they’ve produced one of its best debut LPs.

Having ensconced themselves in the DIY scene in the last year and a half with a series of tape releases as a duo, Witching Waves recently expanded to a three piece with the addition of a bassist and hooked up with excellent Edinburgh label Soft Power, who have been responsible for early releases from the likes of The Spook School and September Girls. It’s a good fit, too, without doubt enhancing Soft Power’s enviable back catalogue.

Fear of Falling Down takes its cue from garage rock, and is driven on by grubby riffs and a breathless sense of urgency. However, in the same way as the likes of the Vaselines before them, beneath the chaos there lies a series of well-written and carefully structured songs, and it feels like this is what will give the album true longevity. They’ve avoided the very real pitfall of just chucking a couple of riffs and a bit of shouting together and turning it all up to ten to generate some cheap kicks, and the result is a collection which is rich in depth and bears plenty of repeat visits.

As well as creating the primal thrills which send the album hurtling forward, Witching Waves have also done a really great job of capturing the euphoria of classic Sixties pop. ‘Better Run’ is the strongest example of this, powered by sheer exuberance but with a gloriously catchy chorus underpinning it. ‘Concrete’ is similarly instant, with Emma Wigham and Mark Jasper’s sweetly fractured harmonies adding a real winsomeness to the recordings.

In addition to his vocal and guitar duties, Jasper also produced Fear of Falling Down at his Sound Savers studio, and you get the sense that keeping the whole thing insular has helped to affirm the strong sense of identity Witching Waves exhibit throughout. Clearly, song arrangements stripped to their basic components with male/female dual vocals are nothing new, nor are they particularly rare these days, but there’s still a certain intangible something about this record that feels unlike any other band and stops it feeling like some kind of pastiche of established styles. It could be the deliciously dark undertone lurking just under the surface, or possibly the satisfying juxtaposition of pop sensibility and tumult. Perhaps it’s just the skill and dexterity of the songwriting. Whatever it is that sets Witching Waves apart from their contemporaries, they’re unquestionably a breath of fresh air. If you’re planning on spending some of the sleepy festive downtime catching up on stuff you missed the first time round this year, make sure you don’t neglect this gem.