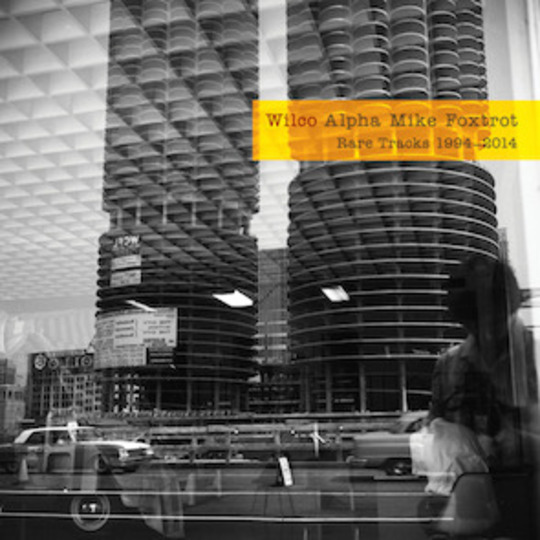 The release of a pre-Christmas boxset is often a way of cashing in on a dearly departed band – getting the fans to shell out once again for familiar songs in a stylised format. Not with Wilco. Marking the band's twentieth anniversary, the release of Alpha Mike Foxtrot finds them still very much a going concern, recently reuniting after a period spent apart working on various solo projects. Instead, enormous rarities set Alpha Mike Foxtrot is more of a way of marking this landmark in the band’s history, a celebration of where they came from and where they happen to be now - elder statesmen of American rock music with a stable line-up for the past decade.

When things began for Wilco back in 1994, things were very different of course, with the band stumbling together following the dissolution of Uncle Tupelo and marking themselves out as a lively but fairly standard-sounding alt-country band. That’s reflected heavily on disc one here, where fairly faithful alternative, demo and live versions of album tracks from this period sit side-by-side with entirely expected covers – Big Star, Buffalo Springfield and Gram Parsons. Much more interesting are the second and third discs, which cover the lengthy period during when the band started to disintegrate with the making of 1999’s Summerteeth before miraculously resurrecting themselves on the innovative Yankee Hotel Foxtrot and A Ghost Is Born. Early or alternative versions of many of the tracks from these records offer some interesting context here as you can hear the group stretching themselves – the early version of ‘Handshake Drugs’ is cautious where the final take is heroically reckless, but it’s still intriguing to hear it here and see the outline of many of the band’s greatest tracks.

What’s telling is that alongside these early demos and some non-album tracks that have been widely available to Wilco fans for a while (‘A Magazine Called Sunset’ is probably their finest track never to appear on a full LP), much of the latter part of this compilation is taken up with live tracks. That’s probably a reflection of where the band sit now in many people’s minds – their three post Ghost studio LPs often marked with great tracks but lacking the cohesion to make them great albums, but the six-piece band are a consistently brilliant live act. Only a couple of studio rarities sit on disc four, alongside a raft of live performances, perhaps a reflection of more sure-footedness in the studio, a clearer sense of purpose, or simply creative juices not running quite so quickly.

All together, Alpha Mike Foxtrotis a lot to take in at once – over five hours of material, and Wilco enthusiasts will have heard much of the contents already. They're also pretty well documented as a band – the excellent documentary I Am Trying To Break Your Heart tells the story of Yankee Hotel Foxtrot’s painful gestation, The Wilco Book gives any tech-nerd Wilco fan the chance to discover plenty about the effects pedals favoured by the band, while live album Kicking Television captures the power of the band’s current stage setup brilliantly. You can probably still get their set made up completely of covers from last year’s Sonic Sound festival somewhere online, and that will tell you more about the band’s varied influences, the rapport they enjoy with their audience and their live prowess than anything on this compilation.

However, there is certainly something of worth in Alpha Mike Foxtrot for even the most avid Wilco fan. The sleeve notes, in which Jeff Tweedy discusses each track openly and honestly, make for fascinating reading. Alongside contributions from his band mates and label bosses, these insights from the band’s driving force add another dimension to what you’re listening to, giving context to many aspects, and revealing parts of the band’s story in more detail. His comments on a version of ‘Nothing’seevrgonnastandinmyway (again)’ remixed for radio against the band’s wishes, perfectly capture the pigheadedness of many corporate rock labels – Tweedy describes it as a ‘dated mess’ amongst other things, and it’s this willingness to throw a light on both the good and bad parts of their history that makes Alpha Mike Foxtrot worthwhile.

The simultaneously-released ‘best of’ release might be a better to stick on in a long car journey, and there’s a chance that you’ll never listen to a lot of the tracks here more than once. However, Alpha Mike Foxtrot works as a mark of this important band’s evolution, their continued power and relevance to audiences today - and confirms Wilco as a band that’s willing to let the listener peer behind the curtain.