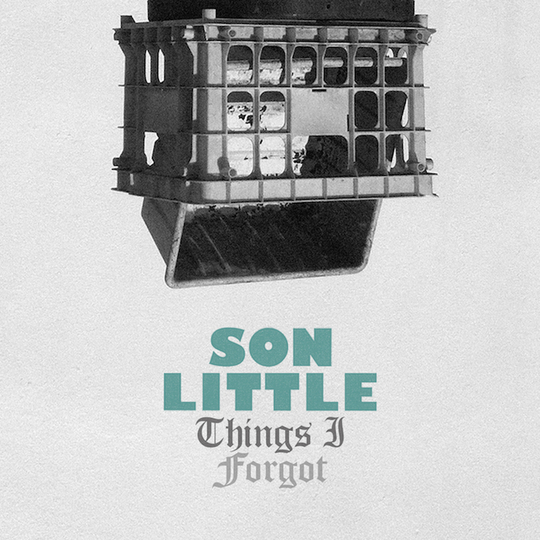 Given the obscurity of the The Mean, the Philadelphia band fronted by Aaron Livingston, it’s probably fair to say that the highest profile moments of his music career have been his turns as a guest vocalist with The Roots and one half of Icebird, wherein Livingston was vocal foil to RJD2’s eclectic genre jumping. For his debut solo EP as Son Little> he steps out of the shadows of his former collaborators and emerges in the form of a soulful electric bluesman who is a drum machine and synth away from being 'grizzled'.

The blend of gnarled blues rock with electronic elements is the sort of genre-crossing that wouldn’t seem out of place in RJD2’s back catalogue, but Son Little maintains a narrower stylistic focus. This is perhaps because it’s a vocal style with which Livingston feels comfortable; his voices varies between a lump-in-throat wetness to a full on rasp, but even at its most subdued it’s still rough around the edges. To match this raw blues guitar is the most dominant instrument. EP opener and single ‘The River’ is based around simple three and four note riffs over a rockabilly beat and backing vocals which through the zealous repetition of the pseudo-religious mantra “Take me to the river darling” reaches a sticky gospel like fervency. Buried lower in the mix are twinkling keys and, more audibly at the song’s outro, stuttering drum machines and simmering synths which lend an atmosphere that help the song transcend its potential genre limitations.

Across its five tracks (six if you include a best forgotten RJD2 dub/ska remix of ‘Cross My Heart’) Things I Forgot shows fleeting glimpses of inspiration in songs that don’t quite feel substantial enough. The blues influence is still writ large in the a cappella intro to ‘Your Love Will Blow Me Away When My Heart Aches’, but in the music itself it takes on a more subtle form; smoky and seductive, full of space yet strangely claustrophobic with spare chords teased out and backing vocals a hollow reverbed presence. It would have made a great Amy Winehouse song. ‘Cross My Heart’ sets its swaggering guitar licks to a fluid synthetic rhythm section with a backing of ethereal synth. Both songs have a moody style and finesse that’s a good fit for Livingston’s voice, but it doesn’t feel like he reveals enough of himself. On ‘Cross My Heart’ he sings “All I want is no more pain”. The problem is that he doesn’t so much sound genuinely pained as he sounds at pains to inhabit the archetype of a tortured bluesman.

Ultimately a delicate balance is struck on Things I Forgot. Amongst the glimpses of talent there is one beautifully realised song in ‘Joy’, an uneasy ballad of crystalline electronics and Livingston’s most tender plaintive vocals (“You haunt me like a ghost and disappear in smoke, and leave my weary heart alone”. On the other hand there is the sub-Nutini swaggering blues-pop of ‘Alice’ to grit your teeth and bear. On balance, however, it seems too early to write him off.