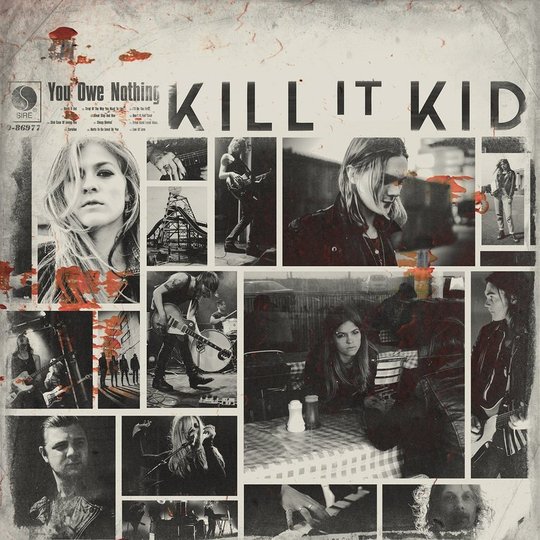 Yeah. It’s interesting, Michael, this obsession you have with American things. And yet you work for British Petroleum. I mean, hello?

Born out of extreme oppression and poverty, Mississippi gave birth to the introspective and soulful songwriters that made the Delta Blues so powerful. Praise the Lord then that the once young and charismatic Eric Clapton stuck some Marshall power behind Robert Johnson’s iconic ‘Crossroads’ and paved the way for British adaptation of the blues – hooray! As these things tend to do however - the blues went full cycle - and after periods of innovation we’re now left with the Black Keys – boo! And as for Eric, well, Ronnie Wood’s pre-rehab words sum things up nicely: 'The thing is I don't want to end up being a boring bastard like Clapton' – Rock on Ronnie!

Striving for some balance, I must point out that there’s still decent blues music to be heard – check out D.D Dumbo’s Tropical Oceans EP for some very pleasant loop-based riffage. And in 2009 Kill it Kid's blend of rock, Americana and bluegrass saw their self-titled debut also garnered positive critical reception, extolled for its youthful exuberance and boisterous approach to the blues.

You Owe Nothing is the bands fourth record and hopefully a worthy retort to the criticism that Kill It Kid rely too much on their influences. Opener ‘Black it Out’ is loud, abrasive and seemingly a signal that the more traditional Bluegrass elements may be on their way out, similarly ‘High Class’ offers more dirt and gain to what would otherwise be a fairly standard groove.

Unquestionably out of fashion unless Jack White is at the helm, this type of blues-based rock does itself no favours with lines such as “I got a sick case of loving you / No sweet talk or cake” and other frightfully naff and love-struck musings. Compositionally they’re a proficient bunch but blues just isn’t their thang. Chris Turpin’s raspy vocals on single ‘Caroline’ are spot on for that stadium rock, Goo Goo Dolls balladry sound - arguably the most convincing guise in Kill it Kids' locker.

With the exception of ‘Cheap Rival’ - which offers the strongest melody on the record - every other distortion-clad ‘scuzzy’ track is somewhat lacking. Stephanie Ward’s vocals rarely cut through the mix convincingly and as the guitar approach is a little short of bemusing. Joe Bonamassa may himself fall into the derivative category but you can’t fault his impeccable phrasing and tone on albums like Sloe Gin - neither of which can be said for Turpin’s White-inspired noise here.

You Owe Nothing is crying out for old school Sambora solos – ‘Hurts to Be Loved By You’ and ‘Tired Used Loved Abused’ set things up for old school weeping fretwork, the sort that might bring some sonic spice to this recording, but instead the passages are given no prominence whatsoever and barely constitute anything more than overdubs.

As the owner of a Les Paul and a thoroughly vintage British amplifier, I wanted to like this record, I wanted this to be more than a band you see old UFO roadies watching, I wanted too much. Tonally, Kill it Kid have created a crude compromise that sits uncomfortably between post-grunge and rock, encompassing neither best attributes and certainly not advancing the blues in any way shape or form.