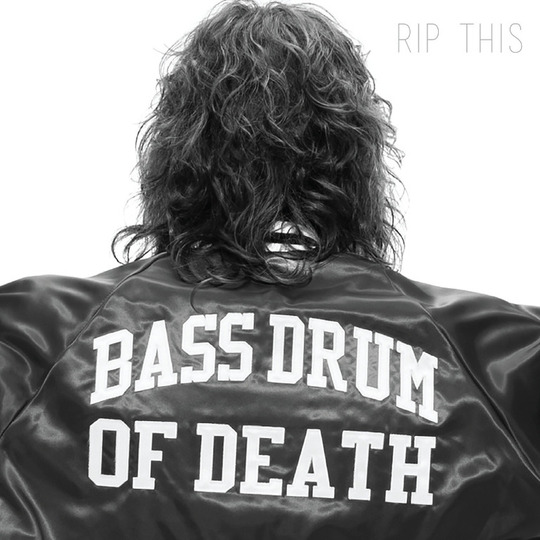 I first really became aware of Bass Drum of Death via Grand Theft Auto V, where they feature on my favourite radio station from the game, Vinewood Boulevard Radio, alongside the likes Hot Snakes, Wavves, Moon Duo and Thee Oh Sees. Pretty illustrious company, eh? Well, after listening to Rip This I had to go back and listen to ‘Crawling After You’ to make sure it wasn’t a hidden turd in the station’s otherwise great programming. It isn’t. So I have no idea what happened between then and now, because Rip This is utterly tedious in comparison to songs that came out only last year.

Perhaps the much cleaner production is at fault. All the classic garage rock elements are present – the fuzzy bass, the reverbed drums - but it’s all had a very nice sheen put over it and garage rock really thrives in the hiss and the noise. The effect of this is to make all these angry, dirty songs sound incredibly flat and boring. It’s really quite difficult to say very much, good or bad, about most of what’s on offer here - the songs are all just there. It’s actually quite an odd experience: the vocal melodies are, for the most part, reasonably strong - you’ll probably be able to sing most of them after the song’s finished, which is a good start – but the brighter production makes John Barrett’s vocals grate after about three songs, and nothing on here really amounts to very much.

The best way I can describe it is that the songwriting never really 'pops'. That’s a dreadful turn of phrase, I know, but almost nothing stands out once the album comes to a close. ‘Electric’ is a pretty punchy opener, and ‘Sin is in 10’ has just enough extra fuzz and feedback to catch one’s interest, but the rest of the album is dangerously forgettable and interchangeable. It says a lot when, at the end of it all, the addition of an acoustic guitar and then a bit of honky-tonk piano on the last two tracks made for what felt like an amazing burst of originality.

Even the song titles are dreadfully generic. Garage rock isn’t the most forward looking of genres, but ‘Left for Dead’, ‘Everything’s the Same’ and ‘Lose My Mind’ could have appeared on almost any rock tracklisting in the last 40 years. One doesn’t expect miracles of reinvention, but Rip This adds essentially nothing to a musical tradition that is decades old and stuffed with hundreds of more talented songwriters.

In the end, how much you will dislike this album really comes down to whether you believe being boring is a worse sin than being actively bad. Part of me thinks that it is: at least a bad album would be doing something out of the ordinary whereas Rip This is completely ignorable, and not a fun ambient music way. I can imagine almost every song on this album being used in a car advert. The most disappointing thing is, I get the sense that John Barrett is actually not a bad songwriter, especially going by his output prior to this record. I think he might have a great record in him somewhere, but this is sadly not it.