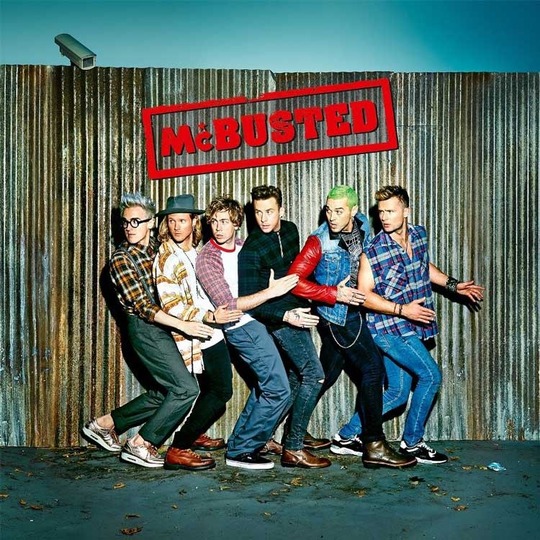 Roughly 12 years ago, whilst watching T4 or CD:UK or whatever Saturday morning TV programme it was, I witnessed something I found to be particularly distasteful. Performing were a trio who not only didn’t have any microphones, they didn’t even have any amps for their guitars. As a 13-year-old boy gripped by American pop-punk, this brash, unashamed, flagrant disregard for authenticity infuriated me. Busted turned out to be but the calm before the storm. A few years later McFly were to arrive, setting themselves up immediately as subordinates and disciples of the band but later becoming far bigger than anyone had expected. With the semi-ironic backing of Popworld, McFly and Busted became two of the UK’s biggest pop bands- as my ire for them dissipated I began to semi-ironically quite like them as well.

‘Crash The Wedding’, ‘Obviously’, ‘Sleeping with the Light On’ or ‘I Wanna Hold You’ could easily have been performed by the pop-punk bands I so ardently protected: New Found Glory, MxPx, Less Than Jake - that sort of thing (not Blink-182, Brand New or Green Day, who were always a cut above). Problem is, they just weren't as good songwriters as Busted or McFly. I could never admit to liking them at the time, but deep down I thought some of those tracks were fucking ace. At an age when the music you listen to relies on hooks, choruses and lyrics that reflect Not Getting The Girl, McFly and Busted could stand up with the best of them. People just couldn’t admit it.

One band broke up acrimoniously, the other largely faded into obscurity aside from National Lottery performances, and they both lived on only in the collective sub-conscience of the millennial. UNTIL. FUCKING. NOW.

McBusted, the bands’ collaborative supergroup, is as infectious and silly as its constituent parts. ‘Hate Your Guts’ (featuring Mark Hoppus) is all faux-disillusion and misfittery distilled into pure melodic jaunt, whereas ‘What Happened To Your Band’ does reasonably well in its self-referential treatment of post-fame woe. However, tracks such ‘Riding On My Bike’ fail miserably: the autotune, crap lyrics and aspirations towards mainstream pop and R n’ B making for a song that almost has to be heard to be believed. ‘How’s My Hair’ is similarly dreadful in its lazy miscalculation that sad melody + 'funny' lyrics = funny and good.

Despite all this inanity, it’s difficult to deny that there is a strong grasp of melody and structure throughout the record, and it was by no means written with the intention of wooing the music press. If you require an overall impression of what McBusted and McBusted are all about, but understandably don’t want to listen to the whole record, look no further than the concise, Stadium-Stupidity of ‘Air Guitar’, in which the full band join a chorus which reflects the joys of playing air guitar and sort of pulls it off. That utterly ridiculous scenario basically sums it up.