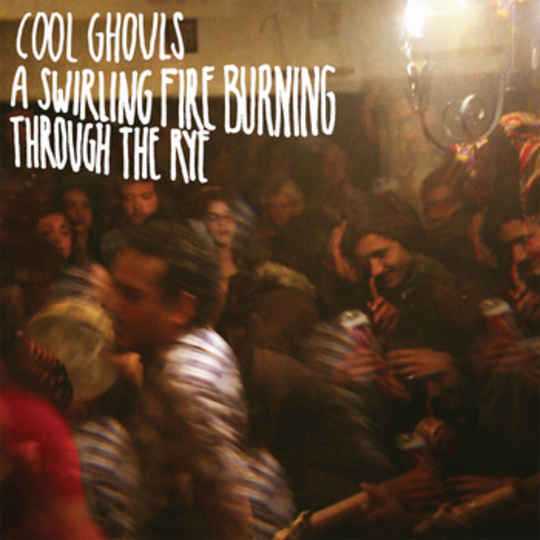 "Do you let your hair grow long, do you wear a tie?" enquires the opening gambit of 'New Moon', the sprawling penultimate number on A Swirling Fire Burning Through The Rye. And with it the antithesis of Cool Ghouls ethos is namechecked.

With the psych rock resurgence showing no sign of grinding to a halt just yet, this San Francisco based quartet are one of its more recent additions. Throwing reference points from the Sixties onwards around like confetti at a wedding, Cool Ghouls describe themselves as natural heirs to the artists that preceded them rather than a retro act stuck in the past. Which is just as well because parts of A Swirling Fire Burning Through The Rye have as much in common with alt country acts like My Morning Jacket and Band Of Horses as any predetermined notion of what psychedelia is meant to sound like in 2014.

Already championed by Tim Cohen from fellow Californians The Fresh & Onlys, Cool Ghouls follow a similar lineage to the one trodden by other local heroes Ty Segall and Thee Oh Sees. The main difference being Cool Ghouls tend to operate on the mellow side of the fence rather than the caustic one occasionally breached by the aforementioned. Perhaps the closest comparators from the new psych brigade would be Allah Las - in particular the stylish three-way vocal harmonies of guitarists Ryan Wong and Pat McDonald alongside bass player Pat Thomas that punctuate every piece of the record.

Whereas last year's self-titled debut announced their arrival in ostentatiously lo-fi fashion, A Swirling Fire Burning Through The Rye is an altogether more accomplished affair. Opener 'And It Grows' borrows its cue from Sonic Flower Groove-era Primal Scream in the way it updates The Byrds' chiming folk rock for a new generation. With a thunderous breakdown in the final third reminiscent of Cream at their finest highlighting the excellence of Cool Ghouls' rhythm section; in particular drummer Alex Fleshman's seemingly relentless treatment of the skins as his nemesis; it demonstrates the band's rapid progress while becoming one of the record's undisputed highlights in the process.

'What A Dream I Had' dons a full metal jacket, serving up a barrage of riffs akin to Electric Wizard or – dare I say it – Black Sabbath. Meanwhile, the stomping groove of 'Get A Feelin' carries a northern soul vibe that only subsides when 'Across The River' takes a diversion down the country lane once more. It's when Cool Ghouls veer off the beaten track that A Swirling Fire... discovers its identity. Clocking in at just over seven minutes, 'Insight' mesmerises and flutters in a haze of errant shoegaze before throwing a curveball around the five minutes mark, its decadent heart giving way to something altogether more tranquil at the final juncture. The lolloping 'New Moon' also sets off on an unexpected adventure around the midpoint courtesy of a frazzled six-string jam that starts as an interlude before decamping wildly to another plane entirely.

Sure, there are times when A Swirling Fire... becomes generic; 'The Mile' and 'Orange Light' being two cases that immediately spring to mind. Nevertheless, it represents a marked progression from Cool Ghouls' debut which can only bode well for the future.