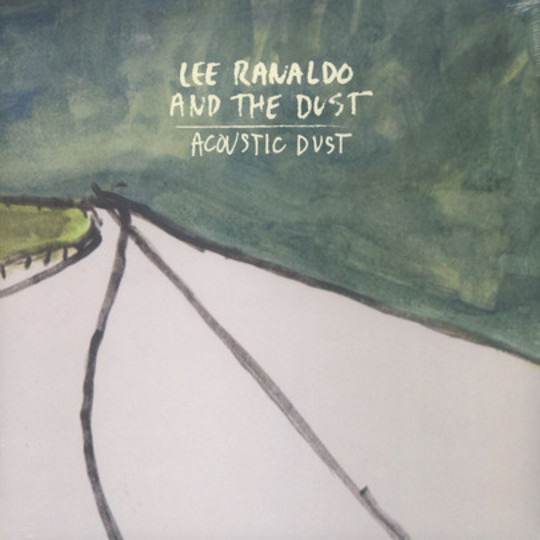 I saw Sonic Youth play live - for the first and, almost certainly, only time - in December of 2010. They leant heavily on The Eternal - probably their last ever record, now - and frankly, they looked knackered. Whether they were already battling with the issue that would ultimately end Thurston Moore’s marriage to Kim Gordon, and split the band in the process, was unclear, but either way, it became clear that even if Moore hadn’t chosen to unceremoniously end his 27-year relationship by way of adultery, Sonic Youth would probably have disappeared for a while, anyway. They evidently needed a break.

Which makes you wonder, of course, how the individual members’ post-Youth output to date would have been judged, if they were able to release it against a backdrop that wasn’t dominated by probably the most high-profile divorce in indie rock history. Certainly, Gordon’s experimental project with Bill Nace, Body/Head, went down a treat with the critics. Very recently, Moore’s The Best Day LP was hailed as his best work in a good long while. And, as usual, Lee Ranaldo went underappreciated. Whether he ever felt like a third wheel in Sonic Youth is one thing; the fact that the press so routinely treated him as such was frankly criminal. His first album with new band The Dust, Last Night on Earth, came out about a year ago. It was superb.

Ranaldo’s next move, then, is to release an acoustic record - like Moore has done over the past few years, mainly by touring with acoustic virtuoso Michael Chapman, he’s attempting to prove that his ability extends beyond the walls of scuzz he’s commonly associated with. The album only came about because a show that he was due to play with The Dust in Marrakech last year fell through, and instead the band relocated to Barcelona to quickly lay down some more tracks. The record is a grab bag of acoustic takes on Last Night on Earth cuts, as well as a few selections from Ranaldo’s superb 2012 solo album Between the Times and the Tides and some covers.

It’s the Tides material that lends itself best to the stripped-back approach; ‘Hammer Blows’ and ‘Shouts’, in particular, have evidently been written with that classic Sonic Youth flexibility to the arrangement, making them just as stirring in bare-bones form. The newer cuts, meanwhile, don’t quite hit the spot in the same way; ‘Last Night on Earth’ meanders, lacking the changing guitar tones that made it so enthralling last time out, and ‘Home Chds’ doesn’t quite have the bite that simmered through its electric incarnation.

Ranaldo includes a clutch of covers, too, for good measure, and they’re a predictably mixed bag; a take on Neil Young’s ‘Revolution Blues’ rings out with some real attitude, Ranaldo’s deceptively complex acoustic playing running the show, but versions of Sandy Denny’s ‘Bushes and Briars’ and Mike Nesmith’s ‘You May Just Be the One’ leave his limited vocal talents far too exposed, and the former track’s religious lyricism jars sharply when relayed by a voice we’ve come to associate with the altogether more abstract Sonic Youth.

Acoustic Dust, really, is one for Youth completists; it’s not that Ranaldo doesn’t possess a mastery of the acoustic guitar, but rather that he’s failed to adequately display it on an album that sounds every bit as hastily recorded as it actually was. Both Between the Times and the Tides and Last Night on Earth are replete with genuinely interesting Ranaldo cuts; there’s no reason whatsoever to plump for this stopgap ahead of either of those two.