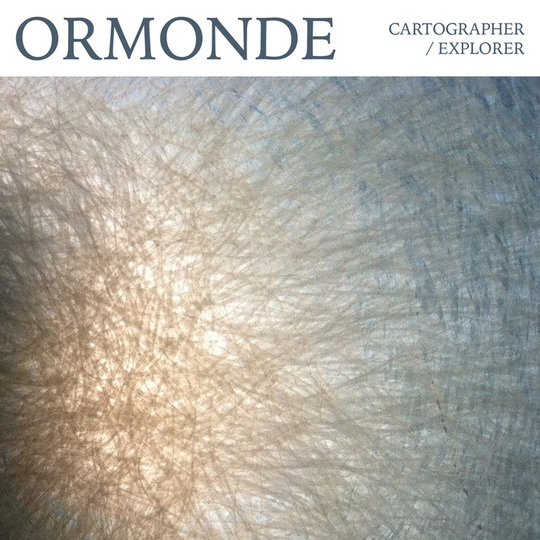 I can tell you exactly where I was the first time I encountered the work of Anna-Lynne Williams. It was Rock City. Nottingham. My good friend Google tells me that the date was February 15 2004. In an ill-fated (on several counts) attempt to impress a girl, I was foregoing my normal indie-cred (honest, I had some) to see Damien Rice. As a perk of being a wheelchair user in an inaccessible venue, I had 'seats' in front of the barriers, about as close to the stage as it was possible to be. From memory, the night began with an Icelandic dance troupe. I wasn’t impressed, and my previous concerns about the forthcoming night of what I imagined could only be bed-wetter indie seemed to be being confirmed. Then, shuffling unassumingly on to the stage came Anna-Lynne Williams and her Trespassers William bandmate Matt Brown. For the next few minutes I was transfixed as washes of ambient guitar cascaded over some of the most beautiful and vulnerable vocals I had ever heard. From that night on, a relationship with the voice, and the immense talent, of Anna-Lynne Williams has only grown and grown, in a marked contrast to the romantic interest I was pursuing that night.

Following several years in Trespassers William of ever increasing wonder (have you heard Different Stars? No? You should), as well as an ongoing series of solo releases as Lotte Kestner, 2014 sees the second release by Ormonde the band comprising of Anna-Lynne and Robert Gomez, who as many of you will know, is a spectacular singer-songwriter in his own right. After the understated debut of the collaboration with Machine, Cartographer/Explorer, released on the brilliant Gizeh Records is a somewhat more insistent and, at times, foreboding affair.

Built on layers of atmosphere, whether created through the use of ambient guitars or organ, with occasional flashes of loops, the album, largely, sees Williams and Gomez trading lead vocal duties. Whereas opener ‘Beach’ is classic Williams, with it’s swooning vocal, dusted over almost playful Rhodes and a drone like rhythmic bed, ‘A Grand Design’ is much more forceful, as the vocal effect on Gomez’s vocal gives focus to the kind of song Paul Banks wishes he could write. And so it goes on. The title track is a mournful piece, as Gomez leans right in to your living room and virtually begs his subject to continue the exploration of life. ‘Strange Wind’ has echoes of the best of John Grant’s recent work, as layers of synths underpin a vocal performance of unsurpassed beauty from Gomez, probably a career high for him.

For me though, it is the voice of Anna-Lynne which will be the strongest weapon in the arsenal of any project she is involved in. ‘Fast-Forward’ and the dramatic ‘Snake’ give her opportunities to shine as she mixes immediacy with a wistful ghostliness. She has the kind of voice that can stop you in your tracks, so much emotion, but not expressed through bombast, rather through subtle changes in timbre and the application of light and shade. As she lilts and slides through ‘Bled Out’, the closest thing here to a Trespassers William, the sheer evocative force of her poetry is brought to the fore.

The confines of a 700 word review are too stringent to adequately express just how talented these two artists are, and how well they have developed and realised their artistic vision on this album. If Ormonde, Anna-Lynne Williams or Robert Gomez are new names to you, then you have a lot of catching up to do. Start here with this, one of 2014’s late contenders for album of the year.