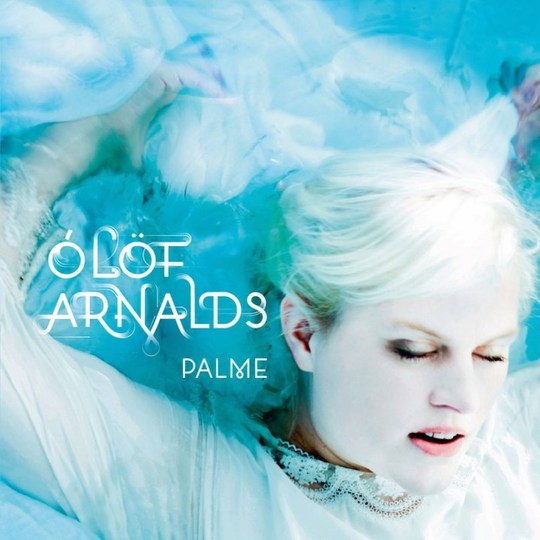 You can take a good guess at what Palme sounds like from the colour palette of its artwork. It’s white, icy blue and spacious, just like the sounds of the songs themselves. It’s also on One Little Indian, and sounds very much like The Sort Of Thing you’d get on that label alongside fellow sometime-folkster electronic-botherers like Bjork. Collaborations with members of Múm add electronics to Ólöf Arnalds’s acoustic arrangements for the first time, and fully complete the archetypical cold Icelandic soundscapes.

The arrangements work from the basis of a plinky plonky fingerpicking and woody percussive rhythms, with Arnalds’ self-consciously kooky vocals [insert Joanna Newsom comparison here] warbling across the top, and smattering of electronics around the edges. This is, for the most part, is as far as these arrangements go, which would be lovely, were the structures not so underdeveloped. Most of these songs take a snatch of melody, lurch back and forth between two notes or two chords, circling their refrains across a few minutes. They feel like they’re aiming for the mesmeric, but more often ending up grating.

The best moments come when Arnalds gives herself something to counterbalance her repetitive arrangements and eccentric quirks. The women’s choir of ‘Patience’ only adds a few snatches of hook, but add a disproportionate amount of colour across her snowy sounds. Even a just a smattering of strings across some of her more lurching chord changes add a pleasing elegance to the arrangements. Or on the opposite side of the coin, stripping things right back just voice and fingerpicking, as she does on the final couple of tracks, is a more winning approach as well.

But even on such a short album of just eight tracks, Arnalds still manages to make the thing feel about twice its length, and lose the listener about halfway through. She doesn’t seem to worry that she might. It’s frosty mood holds firm, ploughing on into its whiteness. As on its artwork, Palme sounds like Arnalds laying backwards in the middle of her spacious sounds, eyes closed to everything else around her, enjoying her sensual but ultimately indulgent performances. Pushing her quirks even further and adding new sounds to her toolkit are obviously admirable attempts to deepen her interest. But there needs to be more in the actual material to bring the listener out into the cold with her.