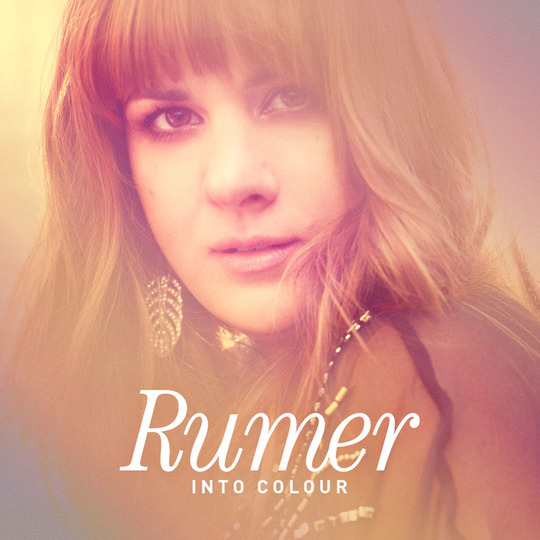 Sarah Joyce never became desperate enough to find her fortune through The X Factor – had she done so, she might have been able to cash-in her difficult upbringing for several rounds on the show before inevitably being eliminated poolside at Cheryl’s house on the grounds that she can’t pull off a sarong. Not that I'm attempting to denigrate the openness of the artist more familiarly known as Rumer – after all, it's those emotional qualities that saw her debut, Seasons of My Soul garner the recognition she longed for.

On that record she sang “Don't tell me it's all right/ It'll never be all right” - call it clairvoyance or just a coincidence, but shortly after its release Joyce was diagnosed with Bipolar disorder and post-traumatic stress, seeing her rise to fame buffeted by performing issues. It’s cruelly ironic, perhaps, that one of Rumer's most cited influences, Karen Carpenter, also suffered from self-esteem issues which ultimately led to her untimely and tragic death in 1983, aged just 32. Thankfully Joyce appears to be on the cusp of a comeback both spiritually and in terms of Into Colour being the first original release since Seasons of My Soul, her true second album if you like.

Unabashed by misfortune, opening track ‘Dangerous’ – a love song spun from fears of returning to the music industry – sets out a surprisingly optimistic stall. “It’s taken me a long time to feel better babe / I’ve only just begun to feel my heart again” – the positivity is matched by a soulful slab of Seventies disco, courtesy of Daryl Hall’s backing band. With jazz-tinged bass lines, succinctly layered funk guitars and a healthy string session, Rumer sounds at her most colourful and charged, period. The gossamer nature of her voice prevents things from turning too raucous, but although the raw passion of an artist like Laura Nyro may be unattainable, the borrowing of vocal structures and melodies is there to behold.

The disco grooves wind down all too soon, though, and Joyce returns to the softer Carole King-esque laments that she has been able to channel so well - telling tales with varying degrees of sadness, from her devastating miscarriage on ‘Sam’ to the plight of friends in ‘Reach Out’. Lyrically some of the observations do feel quite empty; take ‘You Just Don’t Know People’ which feels like a speech a grandparent would give a worried child – likewise, ‘Baby Come Back To Bed’ oozes that ubiquitous goo which tugs at the heartstrings, or at least attempts to.

Undoubtedly there is substance to this record, and for want of a better word, some ‘nice’ moments like ‘Better Place’ - championing society’s unsung heroes – as I say, bloody nice topics. Although thrown in with the vintage revivalists like Duffy, Rumer has never really been hip – all the evidence needed to suggest that this isn’t going to change anytime soon can be heard on ‘Play Your Guitar’ – pure Crocs and tracksuit bottoms stuff. The track vents her dissatisfaction towards the funding ‘the arts’ receives, pushing “music people in the city” to go “underground”. Morally – hear, hear! As for the session musician vibe and fuddy-duddy phrasing, nah.

Into Colour is an honest account of Joyce’s troubles for the most part, unfortunately when the mood lifts on a track like ‘Pizza and Magic’ it feels too sickly in its sentiment – the soft delivery of these innocent pastimes seems a little creepy for anyone younger than Len Goodman. But, putting my cynical predisposition aside, this is a solid, soulful effort from a performer plagued by so many issues; it’s just a shame that taking the emotions out of the mix, what we’re left with is essentially easy-listening.