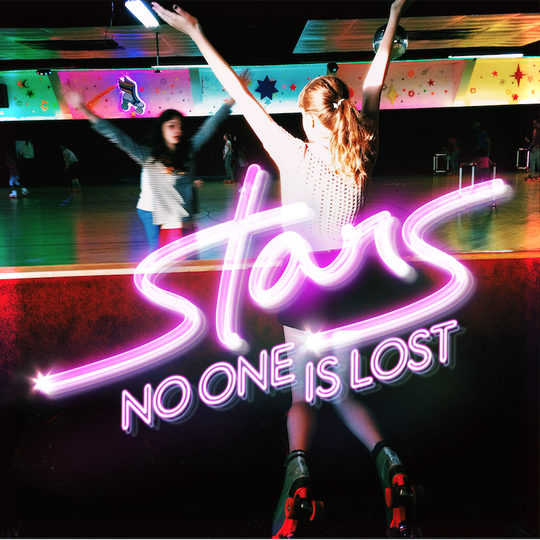 Stars are one of those bands that it’s difficult to get a real handle on; I can’t think of too many valid points of comparison for the trajectory that their career’s taken since they broke through with their third record, 2004’s Set Yourself on Fire. That album was met with serious acclaim from pretty much all quarters, and rightly so; it was an indie rock record crafted with genuine skill and intelligence in a way that, for a while, it seemed as if only Canadian artists were capable of - it didn’t necessarily boast the high drama of Arcade Fire’s Funeral, a fellow nominee for the Juno Alternative Album of the Year award in 2005, or tap into baroque pop eccentricity quite as deeply as Owen Pallett has on his solo releases, but it was one of those records that threw up new nuances with every listen, and Stars had the alternative world, at least, at their feet.

Since then, they’ve routinely proved their own worst enemies. Follow-up In Our Bedroom After the War tried to take the considered approach even further, and collapsed under the weight under of its own over-thinking. The Five Ghosts, released in 2010, was a muddy, over-produced affair, and a resurgence of any description had looked unlikely when The North dropped in 2012; it was a nice surprise, then, when the light, airy and upbeat feel of that album somehow felt as if it was tapping into the Stars of old, if only in terms of how it brought their penchant for writing clever pop songs back to the fore.

As you’ll no doubt already have established, Stars never do the same thing twice, and that’s again the case with No One Is Lost; rather than use The North as a springboard back into the world of subtleties that characterised Set Yourself on Fire, they instead throw themselves without deliberation towards their pop sensibilities. This album was recorded above a nightclub in their native Montreal, and you can tell; drummer Pat McGee has spoken of the need to 'out-throb the throb' coming through the floorboards, and No One Is Lost certainly leans towards the synths more heavily than any other album in the Stars catalogue. Thematically, too, there’s a little bit of a climbdown - if only a slight one - from the cautious optimism of The North; opener ‘From the Night’, for instance, seems largely tied up with the concept of making the most of the freedom offered by the night from the mundanity of everyday life.

That lean towards realism is evident elsewhere, too; ‘No Better Place’ is an ode to acceptance of flawed relationships, and ‘Are You OK?’ maligns the difficult balance between trying to reassure somebody and lying to them. That’s something that taps into the larger theme of the record - 'It’s called No One Is Lost because that is a fucking lie,' according to singer Torquil Campbell. It’s not that the album feels downbeat; just realistic, and in bursts, there’s moments where that comes together perfectly; ‘Turn It Up’, which just so happens to be the album’s most guitar-heavy moment, channels a theatricality sadly lacking elsewhere, whilst the string-flecked ‘Look Away’ is gorgeously wistful.

More songs like that, and No One Is Lost could’ve cemented the return to form that The North hinted at; instead, though, there’s simply too much in the way of throwaway synthpop. The title track, which closes the record, is a particularly egregious offender, and whilst the actual concept of offsetting the often fragile nature of the album’s lyricism with sonic chirpiness is admirable on paper, in execution it hasn’t actually been carried off especially well. Stars still occupy a unique position in the pantheon of the last 15 years of indie rock, but with every No One Is Lost that goes by, they look a little less likely to pull off another Set Yourself on Fire.