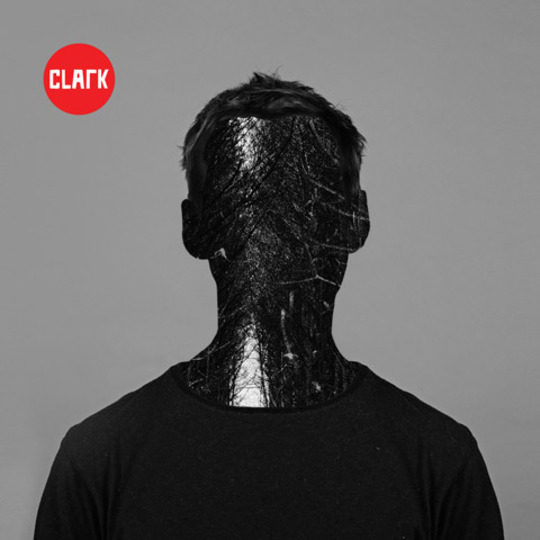 When Chris Clark first emerged onto the electronic scene around the turn of the century, his almost louche approach to IDM appealed most obviously because of its intense accessibility, but by the time Body Riddle was unveiled in 2006 it was clear that Clark was also a cut above most of his peers when it came to sheer technical and compositional wizardry. There are more ideas presented in many of Clark’s songs than some similar artists manage to get across over the course of an entire record.

Ideas, however, can often present problems as well as solutions. Some of the post-Body Riddle releases in Clark’s catalogue have felt a little overambitious or, perhaps more accurately, overcrowded. Although 2008’s Turning Dragon was a work of near insanity (albeit a seriously impressive one), 2009’s Totems Flare was rather muddled and 2012’s Iradelphic utilised live instrumentation pleasantly but rather unexcitingly.

It’s something of a relief, therefore, that Clark, the producer’s first self-titled effort, is a near perfect distillation of his oeuvre to date. There’s prettiness here in spades. First track proper ‘Winter Linn’ starts off in genuinely beautiful fashion. ‘Snowbird’ is equally gorgeous and the wonderful piano that runs through ‘Strength Through Fragility’ emphasises that live instrumentation is not always a bad thing. Equally, however, there’s more than a spoonful of genuine dance floor directness mixed in throughout the album. ‘Unfurla’ is a colossal dose of wall shaking industrial strength techno; ‘Banjo’ is akin to one of Richard D. James’s weirder floor filling experiments; ‘The Grit in the Pearl’ enters into seriously groovy territory before it disintegrates into stutteringly breaks down into lifelessness.

It’s not that Clark has ever really ignored the simple, primal power of the beat, but it’s been some time since one has felt that it was as central to his modus operandi as it clearly is here. Of course, this is still very much – and I use this phrase with the contempt it deserves – 'intelligent dance music'. There’s a lot going on here, more than is apparent on early listens, but Clark’s synthesis of intelligence and listenability is close to flawless across the thirteen tracks on offer here.

Thinking back to his debut LP, Clarence Park (which has always held a soft spot in my heart thanks to its being named after the St Albans park in which I played cricket during my school years), one cannot help that feel that Clark is in many ways the big brother of that first album. Then, Clark was undoubtedly a raw talent, indebted to his Nineties Warp heroes. He’s stood up in their company over the last decade or so, but it wouldn’t be unfair to say that this is his finest hour to date; an LP that firmly cements his place at the very top level of contemporary electronic artistry.

No track here exemplifies this better than the penultimate ‘There is Distance in You’. It starts innocently enough, gradually transitions from pads and clicks into something more almost unavoidably danceable, and then collapses into the most beautiful of ambient codas. It’s seven minutes of heaven, with album closer ‘Everlane’ giving a pretty good aural impression of the ascent to the afterlife.

In what has been a great year for electronic music – we’ve had sublime records from the likes of Luke Abbott, Ekoplekz, Kassem Mosse and Perc, albeit not from Aphex Twin – this really does come very close to the top of the pile. An essential opus from a truly essential artist.