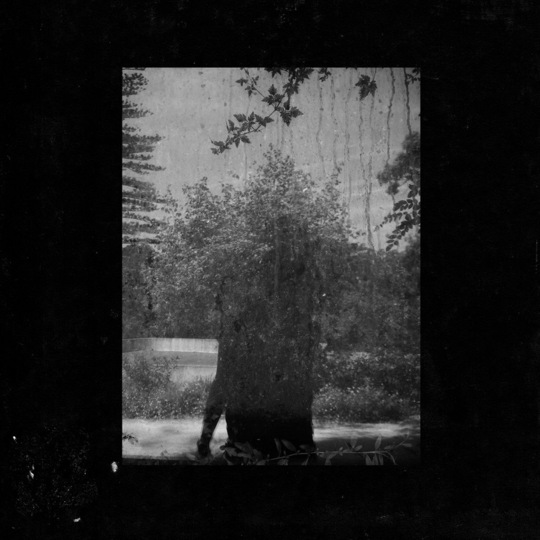 In the introduction to Tate Britain's ‘Ruin Lust’ exhibition of earlier this year, it was explained how 'ruins are curious objects of desire: they seduce us with decay and destruction. The ruin may remind us of a glorious past now lying in pieces, or point to the future collapse of our present culture'.

Liz Harris’s music as Grouper has always been in thrall to ruin - the wreckage of emotional devastation, the material ruin of recording techniques (fractured and crackling tape loops - whose ruinous nature was exposed by William Basinski - feature heavily in her music and live performance), or the ruinous landscape of the altered zones of consciousness: depression, insomnia, and sleep. As the Tate indicated, ruins cut both ways, at once a harbinger of past desolation present in our own world, and of a positive breakdown of ‘boundaries’ - the dead past still living in the present, elusive time temporarily collapsed into one present moment.

Walter Benjamin wrote about how architecture works around bodily processes,'like dreams around the framework of physiological processes', and Harris’s own music has a long fascination with dream states and processes, with song titles in her back-catalogue such as ‘Sleep’, ‘I’d Rather Be Sleeping’, and ‘We’ve All Gone To Sleep’. If, as Benjamin says, buildings bear a similar relation to landscapes as dreams to to waking life - navigating its movements, its memories, needs and desires - it doesn’t come as a surprise that Harris’s new album title should so directly reference architectural collapse. Recorded in 2011 as part of a gallery residency in Lisbon, every song on Ruins was recorded live straight onto a four-track recorder, and was partially inspired by the abandoned village Harris would walk past on hikes to the beach.

She explains in the press notes how, 'It was the first time I'd sat still for a few years; processed a lot of political anger and emotional garbage', yet that anger seems absent on Ruins. What we’re left with is the aftermath of anger, the ‘garbage’ left over from some unseen incident. In Harris’s music, the moment itself is always just out of view; the crucial scene is out of shot or left behind, with her music zoning in on psychological and emotional aftermath. The memories that Harris explores on Ruins are to us what those physical Portuguese ruins were to her - decontextualised mysteries, distant waves whose ripple hints at some past trauma we’re locked out of. Strange liminal states are a constant focus of her music, from her early, abrasive ambient albums, to the later forays into precise songwriting that made her name: 2008’s Dragging a Dead Deer Up a Hill was a masterful exercise in pared-down melancholia. Beyond the otherness of its subject matter, it was a record full of precise, affecting songwriting; last year’s The Man Who Died In His Boat followed a similar vein.

Ruins is at once more formally stately than those albums, with Harris accompanied only by a stiff piano, and more emotionally obtuse, her lyrics back under a slight veil, taken out of the stark glare that made songs like ‘We’ve Become Invisible’ so touching. The tracks here are more in lieu of Chopin’s ‘Nocturnes’ or Satie’s ‘Gnossiennes’ - plaintive, dark meditations on loneliness that sit comfortably in the middle-distance - ‘Labyrinth’, for instance, doesn’t have any vocal accompaniment at all. In fact, Ruins only has four songs with any vocals, with ‘Call Across Rooms’ being the closest to ‘classic’ Grouper - a supremely melancholy late-night hymn to lost love. The album’s best track is the penultimate ‘Holding’, with Harris’s voice layered on top of itself, it echoes the hymnal quality of Julianna Barwick’s best, most stripped-back work.

Benjamin also described how 'memory...is the medium of past experience, just as the earth is the medium in which dead cities lie buried'. Harris’s music, with its emphasis on blurriness, on night and loss, attempts to navigate personal time and history, exploring forgotten zones usually left untouched by other songwriters; she skips through time and her own memory, putting the past and future side by side so that they cast shadows on each other – the final track here, ‘Made of Air’, was actually recorded in 2004, and makes its appearance in 2014 on an album recorded in 2011.

WG Sebald pondered how, 'it seems to me...as if all the moments of our life occupy the same space, as if future events already existed and were only waiting for us to find our way to them at last', and Harris’s music conveys some of this strangeness, the way dream states, and ruins, like Scott Fitzgerald’s boats, carry us “ceaselessly into the past” the harder we beat forward. Lisbon poet Fernando Pessoa said: 'My past is everything I failed to be'; perhaps the deeper mystery, for Harris, is that of our own lives - slowly eroded around us by time, leaving us with with only ‘emotional garbage’; our conscious states left apart as spectators, gazing over the ruin of ourselves.