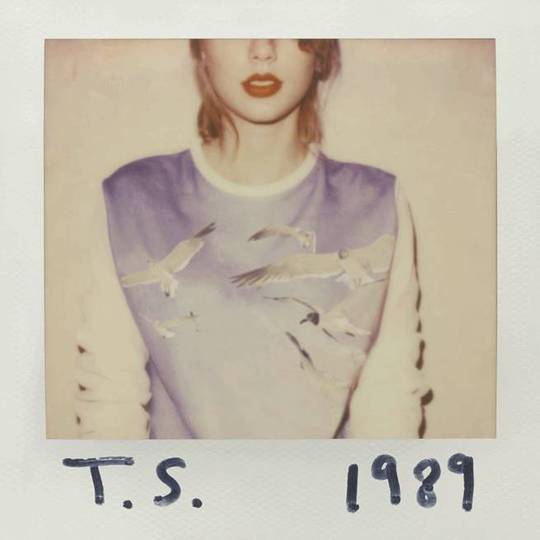 Taylor Swift was born on 13 December 1989 is the world’s biggest pop star and has an estimated worth of $64 million.

I, Rob Leedham, was also born on 13 December 1989, have 1,209 Twitter followers and am writing this review as water drips from the ceiling of my crap South London flat.

Where did it all go wrong for me? Why are our lives so different? Will someone ever write a list about 10 Times I Left The Gym Looking Flawless? Perhaps the Pennsylvania-born idol’s fifth album will provide some answers. Assuming it doesn’t, I’ll simply assume that life is fundamentally unfair and my mother is the only person who’ll ever appreciate me.

If there's one thing you should know about Taylor Swift, it's that she's perfect. An all-American girl with the songwriting flair to write every millennial's favourite 'Love Story' at 17 years old, she’s cultivated an aura where even her flaws are a source of enduring popularity. When I publicly celebrate my inadequacies with booze and ex-girlfriends, this usually leads to a ‘final warning’ email. When Taylor makes light of her 24/7 party lifestyle and inability to keep a man, she’s rewarded with her second US Number 1 single.

Like ‘We Are Never Ever Getting Back Together’, ‘Shake It Off’ is more than a song - it’s a mantra. Swift’s self-empowerment is so irrepressible that you can actually hear her kiss off the haters with the help of a brass backing section. Now I have nothing against strong, independent women with the world at their feet. Were I not destined for eventual greatness, 1989 might make make me feel unimportant and a failure.

It's the work of someone who finds success in misadventure, instead of wallowing in it. "Grab your passport and my hand," commands Taylor in 'Blank Space'. "I can make the bad guys good for a weekend."

Much like my soon to be published journal, the album is littered with not so subtle references to former friends and ex-lovers. Yet it's a rare occasion when Swift plays the victim. Even in the Lana Del Rey-inspired 'Wildest Dreams', where brooding synths and doomy fatalism collide, the emphasis is on Taylor moving onto better things. I'll stick my neck out here and say her arrogance is entirely justified.

Much has been made of the ‘Fearless’ singer's switch from country to pop by buddying up with producers like Max Martin a.k.a. the bloke behind '...Baby One More Time'. What's really more significant is her enduring positivity in the face of adulthood. The proud defiance of 'Welcome To New York' and 'Bad Blood' remind me of several iconic hardcore bands you've probably never heard of. There's that same 'stay positive' philosophy, and a fair few shouty bits. Best of all is 'Style', which celebrates Swift's fling with 1D's Harry Styles (geddit?) as though being young and reckless is all a part of growing up. This is something anyone can relate to, whether they've made a string of poor romantic choices or 'done a whitey' on the weekend gone by.

Taylor Swift may not be challenging societal norms in the same way as Beyoncé, Lady Gaga and my own band CHRIST ALIVE are, but she’s relatable and that counts for a lot. I spent a surprising amount of 1989 rooting for its protagonist and sharing in her triumph. As it turns out, we’re not so different after all. Now if only I knew how to make more people adore me…