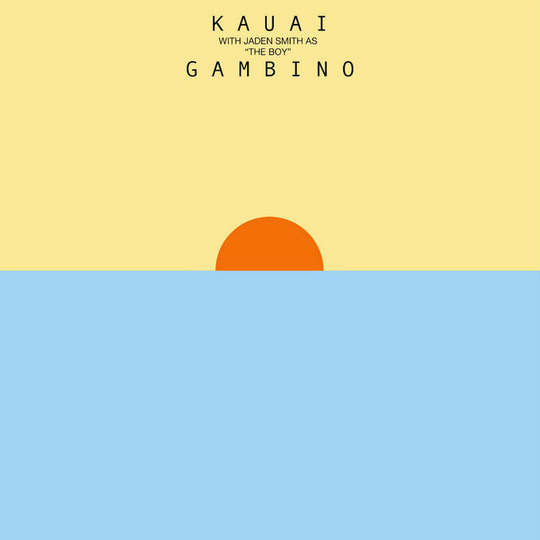 Pop culture chameleon Donald Glover – beloved former star of Community and intermittent stand-up comic who started out as a member of the ‘Bro Rape’ sketch troupe Derrick Comedy – is undoubtedly a super-talented dude. Having eschewed all else in the past 12 months to focus solely on his Childish Gambino project, chances are that you’ll have come across his hip-pop moniker at some point: a derisory Pitchfork review here, an Instagrammed series of revealing handwritten notes there, a compelling ‘Pound Cake’ freestyle everywhere.

And this emphasis on music is paying dividends: amongst the Tumblr-baiting, Troy-worshipping throng is an increasing number of admirers who are becoming acutely aware of how potent a force Glover is becoming in his Gambino guise. Active since 2008, prior to this month he’d released six mixtapes, two studio albums, and one EP – a smorgasbord of productivity that’s demonstrated incremental progress with the passing of each work. The last two – 2012 mixtape R O Y A L T Y (which boasted guest spots from RZA, Chance The Rapper, and Beck) and last year’s album because the internet – saw Glover moving away from an ultra-defensive, hashtag-rap agenda to indulge in heavily-meta braggadocio and convoluted takes on the salient might of the World Wide Web. Indeed, because the internet was presented as a part of an even bigger project that would also incorporate an as-yet-unreleased film (its interactive script-of-sorts can be easily located) about a wealthy, sketched-out teen (‘The Boy’) whose existence is almost entirely played out on various social networking mediums. You can’t fault Glover’s vision and ambition, but such output still felt more like pieces of a puzzle rather than the finishing brushstrokes of a masterpiece.

And so two weeks ago the latest chapter in the Gambino narrative dropped, which took two forms: the thoroughly hip-hop mixtape STN MTN (available for free download) and the smoother, hip-pop grooves of EP Kauai (available to buy on iTunes). Although a joint release, let’s split up this Yin and Yang creation.

Named after the Atlanta suburb he grew up in, STN MTN is ostensibly an effort to heighten Glover’s standing as one of major players to come out of the hip-hop rich city. For a place that nurtured Outkast, Killer Mike, and, er, Lil Jon, Glover’s place on such a boisterous roster might seem ill-fitting on first glance. But the rawness required to succeed in this instance is generally there on this 11-track mixtape: many of the samples, true to mixtape custom, are unlicensed, whilst Glover generally exhibits a playful recklessness in his raps; any lapses in braggadocio are made up for by the presence of loudmouth hypeman DJ Drama.

Opening trio-within-one-song ‘Dream / Southern Hospitality / Partna Dem’ uses samples from Atlanta artists; Gambino firstly delivering a spoken monologue about what he’d do if he was “running Atlanta” (he’d give strippers Mother’s Day off, FYI) before firing off attack-lines on ‘Southern Hospitality’ that suggest he still hasn’t shaken off the Camp-era haters: “I seen what you make, yeah them shows sold out / But you doing clubs and I'm doing like all out, things / ‘Why the hell he rapping if he all-out sings?’” Still with that persistent bee in his bonnet, it’s evidently fuelling the creative fire whenever Glover dons the Gambino mask. “I’m the man of the hour… God damn, I'm just being who I am / From that weird-ass little kid to this ballin' ass grown man”, he boasts on ‘Partna Dem’; though perhaps not all that convincingly.

Of the original pieces, there’s the boom-bap crunch of ‘No Fucks Given’ where Gambino reiterates in his now-trademark rap/singing style what he believes is the point of the project: “I came here to do my own shit / No fucks given”. There’s ‘AssShots Remix’, which is a tad self-indulgent as he allows the R O Y A L T Y crew (which counts Glover’s younger brother Steve G. Lover as a member) time on the mic. ‘Candler Road’, the lead single of this part of the project, is typical Gambino fare: split into two parts, the first sees Glover go in over a trap beat before it breaks down completely to a synth-led instrumental where he becomes a rap-crooner – it’s certainly one of the tracks that you’ll feel compelled to return to.
STN MTN’s anomaly is ‘U Don’t Have To Call’, where Glover initially exhibits his falsetto talents a cappella before a loungey sample of Usher and The Neptunes’ track of the same name kicks in. The quickly-spoken monologue in the closing third of the track presents Glover’s filmic, storytelling ability; a further string to his bow that also segues nicely into discussing the waaaay more laid-back complexion of Kauai.

Far away from the grit’n’stripclubs of inner-city Atlanta is Kauai, the oldest Hawaiian island. An idyllic location where Oscar-winning 2011 film The Descendants was largely filmed, Glover has become - not unsurprisingly - quite attached to this secluded, tranquil corner of America, namig his EP after it.

Opening with the pleasing-to-the-ears sway-pop of ‘Sober’, Glover peddles the kind of complicated romanticism that’ll continue to attract teenage girls to the barriers of his shows: “Girl, if it's done right / Well you know it's got to be, something wonderful to me”. Produced with regular collaborator Ludwig Göransson, it’s all jump ropes and sunny afternoons in the park until some white noise-esque bass throws a spanner into the melodic works to break the daze.

Elsewhere is the gentle rap of the rather passable ‘Retro’, which comes with the helpful suffix ‘[ROUGH]’ to give the impression that it’s in some way unfinished, despite being uploaded to iTunes. There’s a ‘Beach Picnic Version’ of last year’s superhit ‘3005’, which is lovely and all, but it mostly sounds like the original being put in the wash. ‘The Palisades’, meanwhile, comes on all Neptune-y with its skippy beat and reverbed guitars as Glover channels his inner Pharrell, asking “If we could be together would that make you happy?” One thing that Kauai establishes is that Glover, in possession of a fine vocal range, will never need to hire a chorus guy to fill in the singing gaps.

One point of contention here is the presence of Jaden Smith. Delivering a half-rapped monologue on ‘Late Night in Kauai’ that was most likely written for him (an observation that Glover’s compadre Fam makes a nod to later in the track), the half-awake, empty posturing of The Fresh Prince’s over-privileged son is a testing presence. But that notion isn’t lost on Glover – as declared on Kauai’s cover art, Smith has been 'cast' as the aforementioned ‘The Boy’, which, if you read the because the internet script, is a rather shrewd casting choice. But then you hear Smith deliver the high school poet couplet “Maybe we can make things right / Maybe we can do it without any spite” and you get annoyed all over again.

The name Childish Gambino is its very own niche within hip-hop: an intellectual jack-of-all-trades who, more often than not, essentially scales the heights established by the genre’s elite. But it’s Glover’s heightened self-awareness and defensive mechanisms that are both his making and breaking in this game. STN MTN may be his decadent love letter to Atlanta’s hip-hop legacy, but much of his fanbase will be more attracted to the sweetly-constructed melodies of Kauai. This release is an encouraging step forward by Glover, whose hearty investment in the Gambino stock will surely increase in the months to come.