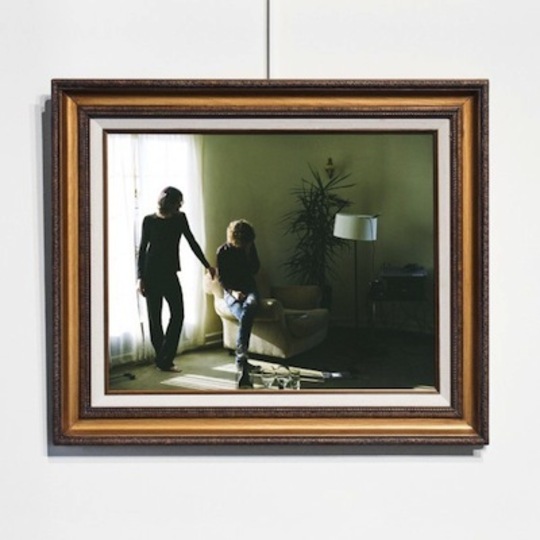 “Society, man! It’s like…like this box, man! ” is the first decipherable lyric on Foxygen’s latest LP, the 24-track slog that is …And Star Power. For a band that is so completely derivative and often reliant on such meaningless Sixties sloganeering, Foxygen have managed to gain significant acclaim for their work, with the ludicrous We Are the Twentieth Century Ambassadors of Peace and Magic getting heralded by everyone from Pitchfork to NME. But then perhaps it is the silliness of the band’s schtick that appeals to their champions; to me, Foxygen are the sort of stereotyped Sixties nostalgia act best suited to teenager’s ‘hippie phase’ birthday party in the local village hall, where parents reminisce wistfully from the back rows for a scene that they were far too young for before rushing off to clear the latest batch of sick. On their latest record, Foxygen aren’t quite as ridiculous as before, but they’re still very ridiculous.

Of course, this doesn't mean that there aren't occasionally some good songs. The titular track from their previous LP was excellent and there were a few others thrown in the mix as well; this LP holds a similar success rate. The problem is, the album is now about twice as long as most other records of this ilk. Clocking in at 82 minutes and 7 seconds, …And Star Power is certainly ambitious, but it by no means emulates the classic double LPs of yesteryear, try as it might.

The stronger tracks are buried under a mess of fragmented overtures and songs with roman numerals in their titles. Where ‘How Can You Really’ stands up well, an uplifting soul number which immediately redeems the record after the preceding ‘Star Power Airlines’, such redemption is quickly evaporated by the half-baked filler pieces such as ‘Wally’s Farm’, ‘Cold Winter/ Freedom’ and ‘Can’t Contextualise My Mind’, which weigh down the second half of the album awkwardly in their messily psychedelic production, composition and lumped-together placement within the record. Likewise, ‘Cosmic Vibrations’ is perfectly serviceable after one recovers from the feeling of cold, cold dread induced by the Jim Morrison-style vocal intro, the likes of which are surely verboten after ‘The Lizard King’s laughable American Prayer posthumous releases. These rushed together, Sixties for the sake of Sixties aspects seriously hold …And Star Power back: gratuitous to the point of self-indulgent, Foxygen are better off without them.

Did anyone try and warn the band about this? It's doubtful that they would’ve taken notice even if they had been. Foxygen have made a decent career and built themselves a similarly good fanbase by indulging their psychedelic tooth, and there is little that a few snotty reviewers can do to change that; more power to them. Nonetheless, this behemoth double LP is a risk that just hasn’t paid off.