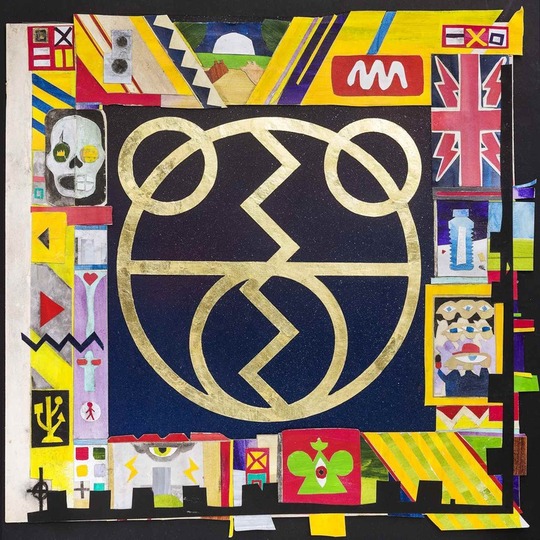 My relationship with Joe Goddard’s musical output has evolved dramatically over the years. When I was a 15-year-old boy with a ridiculous obsession with Nirvana and Led Zeppelin, my Mum played Hot Chip’s first record to death, and I thought it was the worst thing I’d ever heard. As time wore on and my boundaries widened, I realised that Hot Chip were actually really great, with ‘Ready for the Floor’ becoming something of a soundtrack to my latter teenage years. Thankfully now on the far side of puberty, I can confess to an appreciation for Goddard that transcends his music. He consistently does things that nobody else is doing whilst keeping things accessible and fun. There seems to be a stigma these days around artistically credible music being fun and Goddard goes some way to reminding us all that this need not be the case. It’s okay to smile. And dance. And all those kinds of things. As Goddard himself stated in an interview 'The idea of a good night of dance music being a secular, group experience that can make you feel good is a necessary thing when times are hard'.

The 3 Bears, as they were going to be called, was originally intended as a collaboration between Joe Goddard, Raphael Rundell (founder of 1965 records) and Joe Mount of Metronomy. Needless to say Mount didn’t end up getting involved and so we were left with just The 2 Bears. This is a duo that was formed entirely on a mutual love of good dance music and a desire to bring it to the masses. Their initial release back in 2010, which was an EP entitled Follow the Bears took dance floors everywhere to pieces and the lead single ‘Be Strong’ immediately let the world know what they were about. This was a proper house banger, with shout outs to musicians such as Wu-Tang Clan, Wookie, Todd Terry, Sticky, Toddla T and the declaration that “2 Bears would like to give lots of musical love to all nice and decent people”. This was clearly just two guys having a great time whilst doing what they do best. In sweaty bear costumes.

Now on to new album The Night is Young, their second full length on Southern Fried records. With the first track ‘Get Out’, the listener is immediately in familiar territory with Rundell’s warm, lush vocals asking the question “do you feel proud of yourself? … you’ve taken from my home, broke my heart and bruised my soul”. Lyrically speaking, this sets a slightly different tone to what we’re used to and is something that can be seen throughout the record. Goddard himself, talking about the album, says 'I love tunes that disguise things … a really sweet melody with a really dark sentiment'. Musically, however, it's business as usual with the track building up to their uniquely infectious mish-mash of house, two step and electro.

This continues in to track two, which is the lead single from the album and is called ‘Angel (Touch Me)’. Dominated by balearic piano riffs, bouncy house rhythms and the most wonderfully uplifting vocal melodies, this track is a big highlight and a perfect example of The 2 Bears achieving exactly what they set out to do from the beginning. To make amazing, floor filling dance music that can appeal to the mainstream. Track three, ‘Money Man’ is where the record’s wider range of influences start to become apparent, with Goddard claiming to have been influenced heavily by the duo’s trip to Africa last summer. The song has some incredibly dark and unsettling lyrics set to a backdrop of upbeat ragga and is probably the record’s only real let down, something of a novelty song.

‘Son of the Sun’ is another tune where the African influence particularly shines through with vocals being provided by musicians Sbusiso and Senyaka. It's what it might sound like if Goddard produced a new track by Nas and Damien Marley. In the second half of the record things slow down a fair bit and we’re left with more of a chilled electro vibe, a la Hot Chip, rather than the house madness you might have come to expect from the duo. The album’s title track is another highlight and even though it weighs in at almost eight minutes long, is over way too soon. Floating along gently for the duration, soothing the soul with some calypso-esque glockenspiel and lush, multi-layered vocal harmonies, this track is the aural version of a much needed cuddle spent watching the sun rise in a field.

As mentioned previously, Goddard isn’t the type of musician to make the same record over and over again (ahem), and though The Night is Young may start in relatively familiar territory, it soon branches out and is possibly the most diverse record he’s produced as yet. This may not immediately appeal to everyone who liked their debut, but overall is an absolute success, and in many ways supersedes it. A joy from beginning to end.