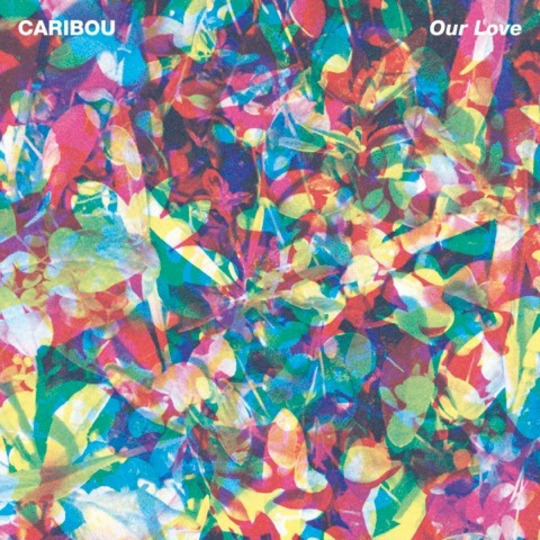 Lyrically, Dan Snaith (aka Caribou) has tended to cut a bit of a sad figure, whose uplifting melodies often mask melancholic laments of heartbreak and spurned love. With the likes of ‘She’s the One’ (“Call her effete/call her shallow and insincere/’cause you’ll never see how perfect she could be/then she’s gone… she’s the one”) from 2007’s Andorra or ‘Jamelia’ (“If I can’t be the man/tell me what I am/tell me what I’m here for”), from 2010’s acclaimed Swim, Snaith’s body of work has always been permeated by tales of disintegrating relationships, rejection and loss.

So when ‘Can’t Do Without You’ suddenly appeared in June of this year (in time to stake its claim for summer anthem of '14), it seemed like a sea change of sorts for he-of-the-permanent-broken-heart. Atop the warm swelling synths and euphoric explosion lay the continual refrain of “can’t do without you”, repeated until finishing almost mawkishly with “you know you’re the one I dream about/I couldn’t do without you”. This move from despair to full-blown dedication seemed to be confirmed by naming the album Our Love, which he described as 'not the kind of pubescent "love at first sight" new love or in the Hallmark sense… in the real and complicated way that people's loving relationships develop over time, settling into something that they didn't imagine at the start. Love is not some perfect platonic form but rather a collection of compromises and dependencies. But far from that debasing it – that's what makes it the only meaningful thing there is. That is what "Our Love" means for me. It's not some bullshit fairy tale but the daily connection and presence between people.”'

‘Can’t Do Without You’ was followed later in the summer by title track ‘Our Love’, which continued with the textured warmth of its predecessor, adding tinges of foreboding with cut-up vocals and baroque string arrangements courtesy of Owen Pallett (who appears three times on the album). It is then flipped round midway into a pounding house track with the addition of a sharp kick snare and stabby piano, providing another dance anthem to bookend the summer. It too demonstrated a clear departure from the dark, gritty basement atmospherics of Swim, instead providing larger-than-life, flashing-lights euphoria. So, upon expecting to hear more resigned adoration and mature declarations of frills-free devotion on the rest of Our Love, it was surprising to find that Snaith’s idea of how 'loving relationships develop over time' largely consists of everything turning to shit.

Track two ‘Silver’ begins with a laid-back Eighties synth groove, a repeated female vocal snippet and shuffling percussion, before being joined by gorgeous strings composed once again by Pallett, which add heart-wrenching melodic richness that builds up and allows the track to gently burst into life. As with every song on this album, ‘Silver’ possesses a sad warmth that sets it apart from Snaith’s earlier work, demonstrating the constant evolution of Caribou. Whilst palpably melancholic, it is the lyrics which show the first glimpse of his dystopic view of loving relationships: “you were in my dream again/and I could see you kissing him oh girl/why’d you have to change your mind/just as I was changing mine?”. This leads perfectly into ‘All I Ever Need’ whose cut up hip-hop beat, urban-tinged synth and crescendoing loops give backing to an initial declaration of independence with “I can’t take it/the way you treat me wrong…I hope my next love/will be the best I ever had” which, just as his trademark wall of sound bursts, collapses into desperate pleading for reconciliation with “I was wrong/all these years/to be with you is all I ever need…take me back/where I belong/to get you back is all I’ll ever need”.

Penultimate track ‘Back Home’ starts with a faint repeated melody and a sinister thrumming bass line which, like ‘Silver’, has a retro Drive soundtrack vibe. He again lays out the ruins of a relationship, asking “I know there’s something missing/does it mean you’re leaving me?” at which point the tension which had been steadily building is released by an impossibly rich synth chord. ‘Your Love Will Set You Free’ concludes proceedings, an oh-so-Caribou bass line providing a backdrop of resigned wistfulness as he looks back on that most natural of relationship developments – their end: “I can’t tell you/how hard it has been since I left you/you’re my sweet thing/the only thing I want is to caress you/in my dreams dear/you are here beside me in my bedroom/all night dear/hold each other like I never met you”.

Over Snaith's career, each release has differed from its predecessor while managing to keep a sound that is distinctively his own, and Our Love is no different. When Swim came out, he took everyone by surprise by fully embracing dance music instead of merely hinting at it. By mixing songs that were more typical of his live performances with tracks that lent themselves more to DJ sets he hit the bull’s-eye and created a massive cross-over hit. Our Love lacks the element of surprise that Swim had, but still holds in abundance all the hallmarks of a master: so rich, so textured and despite being predominantly electronic, so human – speaking with painful honesty to a condition that ranks just below death and taxes in uniting us all.