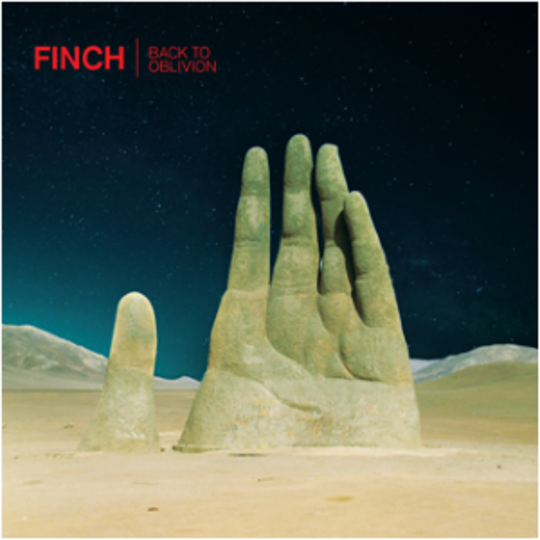 Yes, Finch pissed you off in 2005, and yes, I'm sure they're very sorry. They didn't release a facsimile sequel to What It Is To Burn, and to top it off, they refused to play 'Letters For You' on their Say Hello to Sunshine tour. Well, that just sealed it. With cries of 'cast them out!' you watched from afar like a gleeful villain as they sunk under a landslide of backlash. Then you went back to 'New Beginnings,' inherent irony be damned.

Even when Finch reunited in 2008 you were unwilling to forgive. A lukewarm reception to the Finch EP dragged up old grievances: there are no anthems here. Striving to make things work, the band ploughed on, shoulders globed like a full sail strung (sorry, Seamus) but their third album demos were leaked online and Finch splintered once more. It's now 2014, and although they have returned, you all have work you're meant to be doing. Why should you take the time to care for them again?

My answer is threefold:

Because time has proven ...Sunshine to be a far, far better record than ...Burn.

Because the two mastered songs released from their aborted 2009 record showed a band still seeking progression.

Because when you shunned them nine years ago, you granted frontrunner status to Hawthorne Heights.

You'll notice that the past has dominated the previous four paragraphs. For a new release, that is indeed a dangerous sign. Riding the coattails of a lengthy WIITB tenth anniversary tour doesn't help, either. Reunion albums have some reconnecting to do, and the easiest way to do that is to give the people what they want. The comfort of the familiar is a perennially welcome thing.

Back To Oblivion opens with its title track, which brings bradycardia to forward-thinking hearts. It's a 'getting-back-on-the-horse' song with lyrics to match, all concerned with the tribulations of band living. The music goes over old ground, with none of the inspiration found in Finch's material after-...Burn. Then a post-rock-influenced guitar break arrives and they start to gather momentum. It's like Still Crazy, when Bill Nighy breaks down on stage during the opening song and the only way to rouse him from his fog is for Stephen Rea to play 'The Flame Still Burns.' Nighy returns to the present, temporarily hands lead vocals over to Jimmy Nail and the band build a triumphant closing set.

'Anywhere But Here' reminds you what a charismatic vocalist Nate Barcalow is, as he switches from a breathy, Mike Patton-esque drawl to a full-blooded shriek. Guitarists Randy Strohmeyer and Alex Linares find a scratchy, inventive pocket to sit in, bouncing complementary parts off each other as the chorus rises. That sound you can hear is a collective release of breaths held in fear.

Those tapping on my shoulder to demand which album this sides with will leave disappointed, however. It sounds like neither of Finch's past full-lengths, but has both the enthusiasm of the debut and the fearlessness of its follow-up. That doesn't lead us to the discordant grind of ...Sunshine's 'The Casket Of Roderick Usher,' but instead the peace and contentment of this record's closers, 'Inferium' and 'New Wave.' As a cello wraps around Barcalow's patient vocal, it's apparent that the years away have taught Finch the value of restraint, texture and the opportunity of colour.

That's not to say that they've gotten old and predictable, though. Barcalow finds a nice Chino Moreno soft spot in his range during 'Picasso Trigger,' while 'Two Guns To the Temple' channels the caffeinated attention span of their last release. Bassist Daniel Wonacott abruptly drops the angriest bass tone this side of Failure's Magnified right in the middle of 'The Great Divide.' 'Us vs. Them' drops gears to break into a guitar solo, then decides to just go back and do it again. It's a sudden outburst of joy that's unlike anything the band have done before. How this LP is received will ultimately decide Finch's fate, but all they've done on Back To Oblivion is exactly what they wanted to do. If they've only succeeded in pissing you off again, then yes, I'm sure they're very sorry.