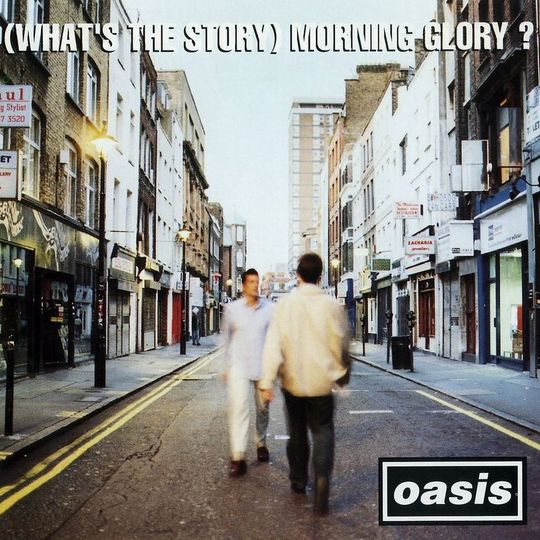 "Does that mean I’m the semi-talented songwriter and you’re the fucking loutish prick?"

Part of the genius of The Thick of It, of course, is that the dialogue was littered with brilliantly incisive pieces of throwaway commentary often unrelated to the politics of its central theme, and that particular quote from Malcolm Tucker is just about as pithily accurate a summation of the Gallagher brothers as you’re likely to find anywhere. In the years following Oasis’s split, I wouldn’t go quite as far as to say that Noel has carved out national treasure status for himself, but his wickedly dry sense of humour, keen taste for both self-aggrandisement and self-deprecation (depending on which record we’re talking about) and frankly superb taste in football teams means he’s at least considered endearing by the public at large.

Liam, meanwhile, remains the perennially aggressive egomaniac that he was two decades ago - 'a man with a fork in a world of soup', as Noel once called him - but with a voice that long ago began to wither under the free flow of whisky and cigarettes. That said, he remains a genuine rock star; intentionally or otherwise, there’s few funnier ways to idle a way an hour or so on YouTube than looking over some of his past interviews, and Beady Eye are such an obvious, easy target for anybody from the ‘alternative’ music world that the many hatchet job reviews of their work ultimately come off - at the very best - as a touch unnecessary.

I mention all of the above because it’s now become almost impossible to separate the music that Oasis made from this cult of personality, the same one that has apparently helped prop up the NME for the past few years with a veritable deluge of non-stories about the pair. Definitely Maybe was the sound of a band heading to the top at dizzying pace; Be Here Now, by smothering the occasional moment of brilliance with unbridled excess, provided a striking advert for abstinence from cocaine, and Standing on the Shoulder of Giants was a hazy, depressing hangover of a record, with Noel so much the worse for wear after a near-decade of hedonism that he couldn’t even come up with a grammatically correct title.

(What’s the Story) Morning Glory?, then, should represent the band’s peak; this is the record that took them to Knebworth and Maine Road, and that contains more of their bona fide classics than any other. Again, that’s part of the problem with reappraising nearly 20 years later; pretty much everybody has heard the hat-trick of songs that follow the excellent (but unfortunate) Gary Glitter-referencing opener ‘Hello’ ad nauseam at this stage. The first of those tracks, 'Roll with It', sounds like it was knocked out in about five minutes, but is still infinitely better than the Blur track that beat it to number one. ‘Wonderwall’ is a genuine classic; lyrically, it represents one of the great success stories of Noel’s appetite for simplicity and earnestness, and equally, its three-chord structure should be praised for its economy rather than slated for its lack of sophistication. ‘Don’t Look Back in Anger’, of course, leans on The Beatles to the point of parody, but has the singalong credentials to have understandably made it Gallagher’s ‘Hey Jude’.

Elsewhere, it’s ‘Morning Glory’ that remains the clear standout; that screeching riff thrills with its urgency every bit as much as it did 20 years back, and both the tone of the drug-fuelled lyrics and the breakneck pace of the track suit Liam’s belligerent approach to the microphone perfectly. ‘Champagne Supernova’, too, stands up well; it’s basically the blueprint for the level of bombast and indulgence that Noel could actually get away with, as the game was, of course, up when he tried replicating it with the hilariously-overblown ‘All Around the World’ on Be Here Now. ‘Some Might Say’ hasn’t aged quite as gracefully; it’s too long, the sonic landscape is too busy, and the lyrics are offputtingly nonsensical. ‘She’s Electric’ was likely left off of most setlists during the band’s Nineties heyday in case Michael Jackson’s lawyers noticed that it sounds an awful lot like ‘With a Little Help from My Friends’, and it still sounds a little jarring; a bit too breezy and light for this record, especially when immediately followed by the brooding ‘Morning Glory’.

This Chasing the Sun reissue of the record screams cash-in a mile off; it’s apparently been remastered, with no involvement from Noel, and only sounds a touch crisper than the original. Meanwhile, the bonus material - which includes a slew of live tracks from Roskilde, Maine Road, Knebworth, and more besides, as well as a couple of previously unreleased demos, takes us firmly into fans-only territory, even if some of the live cuts do remind us just how good Liam’s voice once was. If we’re here purely to discuss the quality of the music, though, the B-sides disc contains ‘The Masterplan’, the song that Noel apparently considers his best; he’s wrong, but not by much. In fact, ‘Acquiesce’ - also included - makes a serious case for that accolade, and has you wondering why the vocal back-and-forth between the brothers, which works so brilliantly here, was never further exploited.

Add ‘Talk Tonight’ to the mix, too; you’ve got Noel storytelling in a way that, again, he should have pursued much more vigorously as the years went on. Not only that, too, but he sounds genuinely vulnerable in doing so; that in itself is fascinating, if only for its scarcity, like watching Vincent Kompany getting nutmegged. That’s probably an unfortunate analogy, because it’s the boorishness of their football hooligan fanbase, the bravado that they failed to deliver on in their later years and the all-consuming nature of the brothers’ public personas that you really need to put to one side when you listen to records like this one; if you can manage that, and overlook the cynical nature of this release, then you’re left with three discs that contain a generous selection of some of the finest rock songs that a British band ever produced.