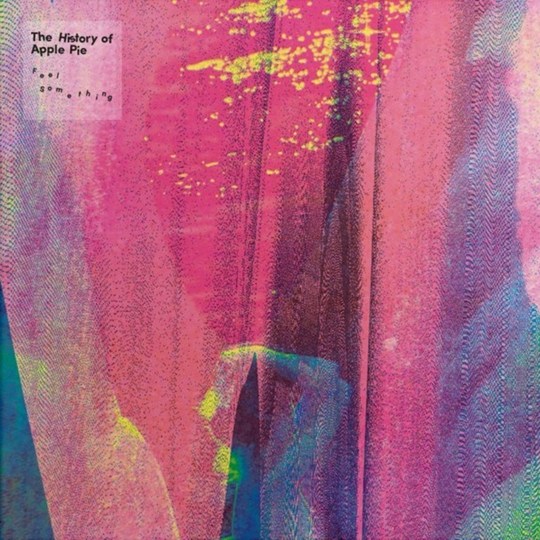 In this day in age when a band follows up a debut I’ve enjoyed barely 18 months later I’m always just a little bit on edge. I mean, with the traditional heavy touring that tends to accompany a first album, where do they find the time to write, fine-tune and record ten (good) new songs? Surely it’ll just end up being a bunch of songs that weren’t considered good enough first time round hurriedly shoved on tape before hitting the road again? Perhaps they’ll take a clutch of half-baked song snippets from the practice room and flesh them out into half an hour of new music in the same vein as the first record and hope nobody really notices there’s no new ideas? Or maybe the band in question will be able to stretch the realms of probability and use the short time period to somehow create something genuinely exhilarating which builds on the foundations of their debut LP. That last one doesn’t happen too often in a bloodthirsty industry where ‘content’ (ugh) is king though, does it?

Well, I guess the magical thing about being a music lover is that the bands we love will always retain the power to surprise even jaded, cynical fuckers like me. So, I’m happy to report, it seems to be in the case with The History of Apple Pie. Last year’s Out of View was certainly a strong enough first impression, a pleasing brew of sweet pop melodies and seas of noise. However, for me, repeated listens strengthened the unshakeable belief that too often it reverts to type, wheeling out a dense shoegaze squall every couple of minutes, meaning that a creditable debut became just a little diluted by predictability. If you’re fond of turning it up to 11 and being bludgeoned by guitars (as I happen to be), then that’s fine, but sooner or later you’ll probably find yourself yearning for a little bit more subtlety and diversity.

To a large extent, those who experienced this longing should find it satisfied by Feel Something. Far from being half-arsed or hurried, the songs here are really strong, and mark true progress from those present on Out of View. There’s a confidence and assuredness from the start which is both refreshing and completely at odds with the ‘twee’ tag that seems to have dogged The History of Apple Pie from the outset. The rickety piano line which heralds 'Tame', for instance, is an early example of the album’s refusal to simply settle for what’s gone before, something which is reinforced by the playful melody of 'Puzzles'.

There’s still plenty here to captivate those who dug the heft and immediacy of the first album too. The likes of 'Keep Wondering' and 'Don’t You Wanna be Mine', for example are satisfyingly substantial, but it feels like the same songs in the past would probably have been needlessly longer by half a minute or more. The conciseness the band have developed mean that the songs on Feel Something are far leaner than anything they’ve ever produced and they’re better for it, making their point and getting the fuck out of here before they outstay their welcome. These recordings are also a lot more dynamic than anything that has gone before, and it’s ultimately this variety which makes Feel Something such an absorbing and enriching listen.

With Feel Something, The History of Apple Pie have accomplished something which thousands of bands vainly try to achieve every year. They have evolved from the formula of the debut album, delivering a better album without compromising that which made them good in the first place.