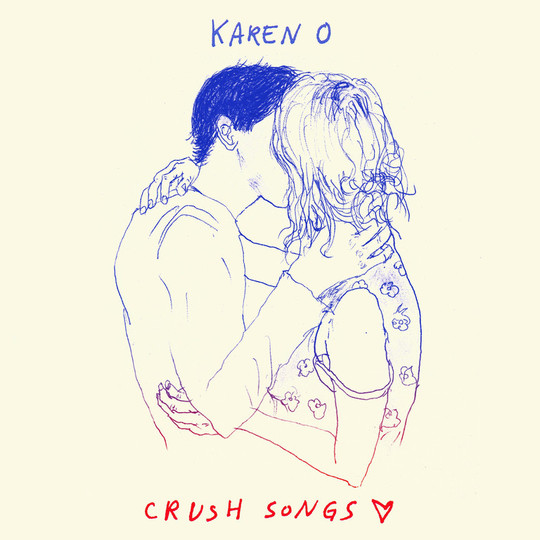 Nonetheless, it’s similarly hard to exactly know to what standards one should hold what is, in essence, a collection of seven-year-old demos that the Yeah Yeah Yeahs leader had been sitting on since a period in her life (between Show Your Bones and It’s Blitz!) when ‘I crushed a lot… ’.

Mostly, it’s what you might expect, sketches for finished songs that never quite were, performed on an acoustic guitar and O’s rickety howl. It sounds very ‘00s New York – if it had in fact come out in 2007, you’d probably call it an anti-folk record. At its most basic, tracks like ‘NYC Baby’ and ‘So Far’ are barely a minute in length, sounding like snatches of music drifting out of a Brooklyn window, or half-remembered by somebody strumming by a campfire. At its most full-bodied – as on bookend tracks ‘Ooo’ and ‘Singalong’ – it oozes a primitive melodic charm that recalls the Velvet Underground at their most sweetly romantic. And in between there are lots of good ideas, fragmentary songs that divulge a nice chorus (“don’t call the doctor, doctor, god bless the doctor, doctor” runs the best on, on ‘Day Go By’), a general sentiment (‘King’ is a mildly tongue-in-cheek but clearly heartfelt paean to Michael Jackson) or an interesting bit of music (the screeching noise of ‘Body’, the thudding drum machine of ‘Visits’) before ending without really realising their potential.

Nonetheless, I’m loathe to suggest there’s anything half-arsed about Crush Songs – O started some beautiful music, she didn’t quite get round to finishing it, but the world isn’t a poorer place for us hearing it. And it’s not like every aspect of Crush Songs is overshadowed by the day job. There is a frisson to hearing her raw, heavy howl set against the softest of music – the more delicate songs have a Young Marble Giants-esque nocturnal beauty, while the more feral ones recall the lo-fi judder of the Yeah Yeah Yeahs EP like little the band has done since.

Probably in a review of a normal album I’d spend some time talking about what all this meant, where the artist might be going, what all this tells us about Karen O as a person. But we know where O went musically – two more YYY albums and an EP, plus the Where the Wild Things Are soundtrack (as Karen O and the Kids). Crush Songs doesn’t really mean anything, other than that Karen O wrote some quite nice songs a long time ago. And what it tells us about her as a person – she’s a bit more prolific than one might have thought, she writes lovely lo-fi ballads that need to be finished, and seven years ago she got gooey eyes over a lot of people. More a record to crush on than fall in love with, but free it from expectations and it'll take a small part of your heart.