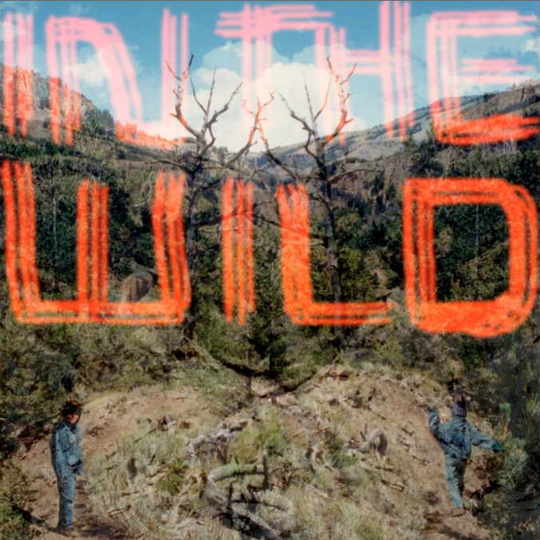 In the Wild is undoubtedly the most experimental and compositionally complex of Drew Lustman's records and those coming to this album expecting to hear a continuation of Hardcourage will be very much surprised. Undoubtedly taking notes from the likes of Daedelus and Flying Lotus, as well as other Ninja Tune label-mates, FaltyDL has made a sprawling record that is truly awesome in the traditional sense of the word.

During the course of In the Wild Lustman meanders through a whole host of genres from jazz through to jungle, techno and hip hop with varying degrees of efficacy, making the record extremely hard to define. Whereas Hardcourage could be described as primarily a house record, this album is formed from a whole host of fragments and ideas which come together to make something altogether more abstract than anything previously released.

'Vast' is the word to describe it. With 17 tracks in total and a run time of approximately an hour, In the Wild comes across as daunting and at times messy. The journey begins with ‘Aquí, Port Lligat’ which is the first of five tracks on the record which come in at under two minutes long, lulling you in to a daze with its unnerving slow-burning ambience. The second track, ‘New Haven’ cuts through the ambience with a plodding beat which propels the song forward effortlessly, making way for a clockwork rhythm section, sparse pianos and a whole host of bizarre noises which sound like they should never be put together, but actually work quite well. ‘Do Me’ is a techno effort that chugs along for five minutes, incessantly chanting ”Do me harm” like a drug addled fetishist, interspersed with a light and airy keyboard section.

Following a third interlude, the listener is greeted with a deathly baroque cello in ‘Nine’ which soon gives way to an especially synthetic sounding death rattle and 8-bit beats. This track builds up a gradual crescendo which breaks down before building back up once again with the addition of an ethereal sounding synth line. There are two highlights on the album for me, the first being ‘Ahead the Ship Sleeps’. This is a house-infused jazz number. Or a jazz-infused house number, I’m not quite sure which. Either way it feels like the first complete idea on the album and one could be reminded of some recent Floating Points releases. The second high is track 12, entitled ‘Heart & Soul’. It begins in a very relaxed fashion before gradually easing you in to what becomes a perfectly formed jungle track (albeit quite a chilled one).

All in all, In The Wild is a rather frustrating record. Though it has moments of beauty and brilliance galore, they are sprinkled in amongst false starts and incomplete ideas. With a bit more refinement, this could be a stunning album but as it stands it’s just a bit threadbare.