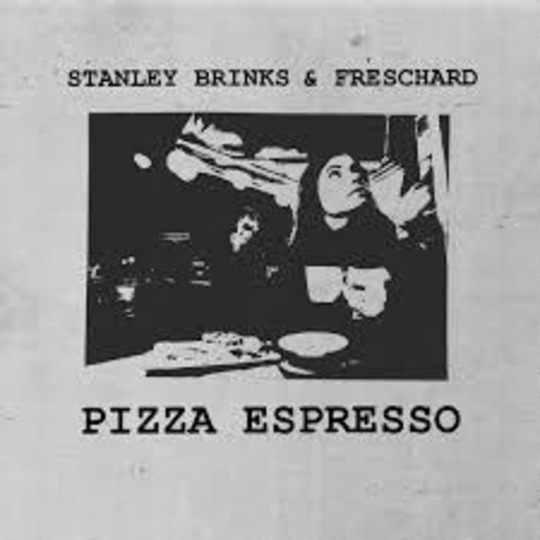 Although it’s highly unlikely that Stanley Brinks – aka Franco-Swiss singer-songwriter André Herman Düne – paid much heed to Radio 1’s Head of Music George Ergatoudis recently declaring albums to be an endangered species, he certainly keeps releasing them like they’re going out of fashion. As one third of Herman Dune and under various guises including Ben Dope, Klaus Bong and Ben Haschish (there’s certainly a theme) he’s released over fifty records. Just a matter of months ago he released Gin, a collaborative album with almost equally prolific kindred spirits across the channel, The Wave Pictures, with whom he shares a similarly low key musical outlook and a chemistry honed by multiple collaborations.

Pizza Espresso sees Brinks (because that’s what he’s called here after all) duet throughout with another regular collaborator, French songstress, flautist and washboard player Freschard for an album of 'love songs about drinking and drinking songs about love'. It’s a stripped back affair, but in addition to Brinks’ ever present acoustic there’s slide guitar, plaintive bar piano and muted sax. The slide guitar in particular (probably played with an actual empty bottle) sets the wistful summery vibe throughout. On album opener ‘If You Have the Time’, the sound ripples out from the strings unhurriedly and on the following ‘Stay a Little Longer’ the notes seem to stretch out, as the evening might, into eternity. Warmth is the main characteristic of all Brink’s musical adornments be it the slide-guitar (on every track) or the subtle hum of sax on ‘Take It Easy’. The most instrument however is actually Freschard herself, the slight disparity between her own graceful intonation and Brinks’ nasal off-key vocals only adding to the pleasantly inebriated feel. It would have been nice to hear Freschard take the lead a little more often, though. When she takes a verse on ‘If You Have Time’ (“ I made myself pretty just for you to like me/ I had a shower and put cucumber in my hair”) the tracks skips along with a zest missing elsewhere on the record.

The prolific Brinks showcases his ability to knock out charming little countrified ditties, but there’s a fine line being songs being knocked out and sounding knocked out and for all the ability on show, Pizza Espresso basically feels half-arsed. The songs might be unified sonically and aesthetically, but that doesn’t mean they work well together. Uniformity breeds boredom despite the record’s brevity. The pacing rarely rises above a languorous strum; when it does on ‘I’m Down’ it’s a vital shot of energy. Furthermore, whilst relatively catchy, melodies are ultimately rather unaffecting, eliciting little emotion and once you’ve heard three songs dominated by wonky slide guitar the arrangements hold no surprises either – the biggest curveball is some uber-twee whistle on ‘I Missed You On the Train’ and ‘It’s a Hard Life’. Brinks does a decent job of avoiding clichéd country lyrical tropes, but as with melodies and arrangements nothing really hit homes – it sounds neither sincere enough to tug at the heart nor clever to engage the brain. It sounds like a man’s hobby.

However, what Pizza Espresso lacks in impact and lasting effect it partly compensates for with charm. Not a record that is worth investing your time in as such, but a pleasant soundtrack to a lazy summer evening armed only with your favourite libation and, to quote Stanley Brinks himself, “time and nothing on your mind”.