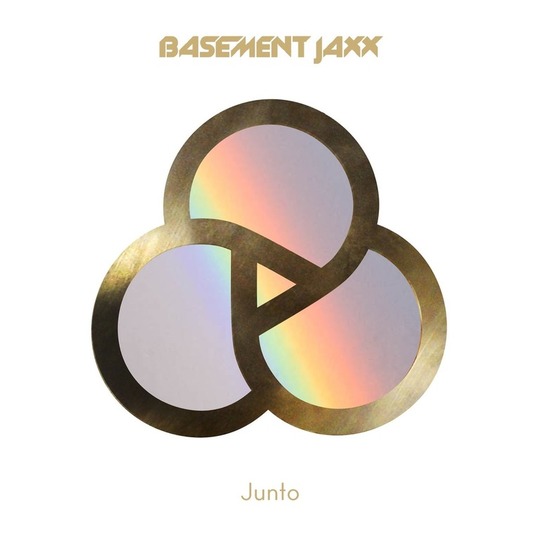 Is it possible for an album to be pretty great and yet slightly underwhelming?

Listened to on a Tuesday morning commute, I'm tempted to conclude that the new Jaxx LP is merely more of the(ir formulaic) same, superficially jazzed up takes on world music genres to sound in keeping with current musical chart trends. Listened to on a Friday walk home though, it is a glorious irreverent return from the kings of global pop dance anthems.

And lest we forget, Basement Jaxx are insanely good at creating 4 minute chart hits you'll know off by heart within three listens. It is easy to take for granted how regularly the duo have hit the Jaxxpot (sorry...) with their past lead singles but the same is true of new album Junto.

'Power to the people' is the samba singalong the World Cup deserved; 'Rock this road' is its blood relative. 'Unicorn' sounds like a RinseFM banger, heavily indebted to dubstep. Lead single 'Never say never again' is a bit SBTRKTy but all the better for it. 'What's the news?' recounts the feel good factor of 'Oh My Gosh' whereas 'Buffalo' is really interesting, some mental fusion of drum 'n' bass and a guy devolving language - most excitingly, it feels like uncharted territory for the duo.

Part of the inherent joy of dance music is understanding its formula and predicting the drops in advance, but after working to this template for 15 years now it is more than wearing a bit thin. 'Summer Dem' and 'Sneakin' Toronto' could literally have been on any other album they've made such are their over-familiarity; 'Mermaids of Salinas' is more of a departure but is ruined by what sounds like an annoying pirate radio DJ occasionally interrupting what would otherwise be a perfect soundtrack to a whacky Rayman or Mario level. It's frustrating to hear them repeating themselves because you wonder what these two could do with an 11 minute song, by working with someone truly unusual or creating output that pushes beyond 'Jaxxifying' an already established genre by leaving their comfort zone.

In the grand scheme of things, criticising someone for merely delivering another set of great songs seems pretty unfair. If you expect anything that deviates from their cemented formula or a radical reinvention, then Junto is not for you. If you are happy to enjoy the ride while it lasts, it is the perfect soundtrack to an Indian summer.