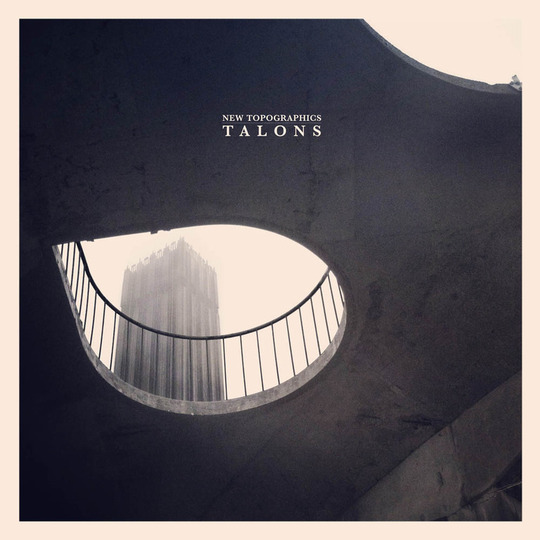 Contemporary post-rock is, almost uniformly, a genre full of bands with plenty of talent but not much in the way of songwriting nous. There must be hundreds of records released each year that try, and fail, to scale the same heights so confidently conquered by the greats of the genre. All these greats regularly still find themselves placed on a critical pedestal, even though only a select few of them continue to produce music of any genuine significance.

Occasionally, of course, a new collective of studious young musicians briefly lands on top of that pedestal and, although they gained little in the way of wider recognition, in 2010 it was the turn of the Hereford sextet Talons, a band combining the vibrant urgency of Russian Circles and the orchestral deftness of Mono. Acclaimed by all who heard it, including DiS’s very own Michael Brown, who went so far as to name it as “a late contender for one of the albums of the year”. After nearly four years, which is some gap following a debut album, Talons have finally returned, with the assorted hopes of many an instrumental rock lover weighing down on their shoulders.

Things start promisingly. Opener ‘Monuments’ might be the most convincing piece the band have produced to date, segueing neatly from a dramatic Godspeed style drone-esque opening into a procession of colossal riffs. The piece’s numerous hints at climax cause its eight minute duration to fly by and continues the trend, set on Hollow Realm, of the band’s best tracks being the lengthier ones.

This, perhaps rather unfortunate, side to Talons is only further emphasised as the album progresses. ‘Reverie’, ‘The Wild Places’ and ‘Rituals’, which all clock in at under five minutes in length, don’t demonstrate the same dynamic mastery the opener makes it so clear that Talons are capable of. Thankfully the excellently crafted ‘Lunar Gloss’ saves the album’s middle section from completely sagging and the closing duo of ‘Stay Cold’ and ‘Petrovice’ prove suitably fitting atmospheric counterparts to the album’s impressive beginning.

Whilst that doesn't stop New Topographics feeling a little underwhelming, especially on early listens, there is a certain ill-defined something that continues to set Talons apart from most of their peers. There’s an adroitness to the sextet's approach that makes light of some complex ideas, best expressed by the fact that the addition of twin violins to their arsenal is more than just the standard awning that strings usually provide in similar contexts. Although Talons’s guitarists are perhaps easily overlooked - they provide the heft to balance out the aspects of New Topographics that could verge on the soporific in less dexterous hands - it’s still the violins that provide the most distinctive facets of this record and of Talons’s sound.

If it is their tasteful, and texturally varied, use of strings that continues to provide many of Talons’s strengths then it is their occasional falls into the post-rock’s traps of convention that make up many of their weaknesses (for Talons definitely are a post-rock band, no matter what they try and claim on their Facebook page). There are parts of New Topographics where Talons play with the freedom of a band expressing as purely as possible their devotion to music and yet there are also parts where they sound confined by what, perhaps, is expected of them. When Talons finally break free of all the shackles, however, they really are going to be one hell of a band.