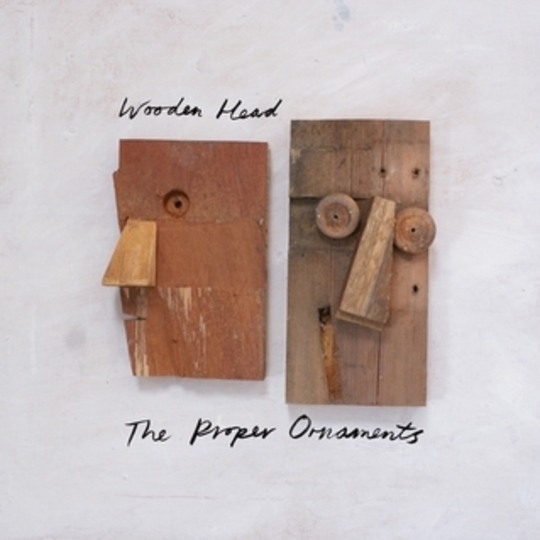 Occasionally, a band's back story can be more enlightening than the music it accompanies. Take The Proper Ornaments for instance, an indie supergroup of sorts. Centered around founder members Max Claps - an Argentinian born singer/songwriter who arrived in London six years ago under the tutelage of one Andrew Loog Oldham - and Veronica Falls' James Hoare, previous line-ups have included members of Let's Wrestle and NZCA Lines while the current one is completed by rhythm section Daniel Nellis (bass) and Robert Syme (drums). Delving into the band's biographical history reveals one or two dark secrets about Claps' past, something he's not averse to disclosing more candidly within several of the songs that make up Wooden Head.

Which ultimately are the deciding factor in any band's long term fate. For the most part, Wooden Head works a treat. Sure enough, influences are boldly emblazoned across sleeves. Opener 'Gone' could have been an outtake from The Jesus & Mary Chain's Darklands. Likewise closing number 'You'll See' also rides along dropping melancholic stings in its tail like the Reid brothers at their most bittersweet, or a less cheerful Teenage Fanclub.

However, it's the vocal harmonies that set both Wooden Head and its creators apart from many of their peers. The errant pop of 'Magazine' complete with Byrdsian riffs is taken to a whole new dimension by Claps and Hoare's pitch perfect exchanges. 'Stereolab' follows a similar path albeit one doused in drone and dreampop overtures exquisitely topped off by the aforementioned duo's harmonies which characterise much of The Proper Ornaments output. Indeed, if as thought the latter was penned as a tribute to Laetitia Sadier's sonic experimentalists, one suspects she'd be proud of the results.

Perhaps the nearest comparison for Claps and Hoare's vocal adventures would be Ride, albeit in a more stripped down guise than the sonic attack associated with Oxford's finest shoegazers. Such reference points become none more apparent than on the gorgeous, druggy slowcore of penultimate number 'You Shouldn't Have Gone'. While not exactly reinventing the wheel; there's a raw Galaxie 500 edge here; it opens the doors to new avenues which suggest The Proper Ornaments may be about to become the UK's answer to Low.

Of course The Proper Ornaments story doesn't just begin with Wooden Head and those of a curious nature would be well-advised to check out Waiting for the Summer, a compilation of the band's early singles and EPs released last year. Nevertheless, this represents their first attempt at creating a bonafide album and when all's said and done, they should be proud of their achievements.