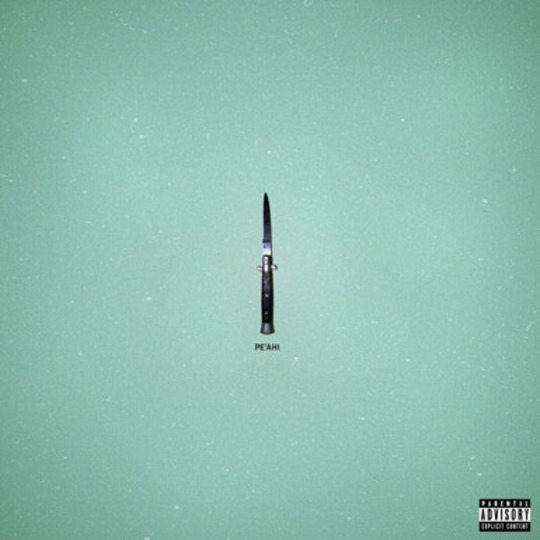 What, did you think musical ambushes like these were purely the preserve of megastars like Beyoncé? To be fair, as much as The Raveonettes have never been too far behind the curve, they’ve historically taken most of their cues from the likes of The Velvet Underground and The Jesus and Mary Chain; there’s always been a real pop sensibility to their work, but I’m not convinced I can see them citing chart-pop titans like the self-styled Mrs. Carter as serious influences any time soon, even if they’ve obviously picked up on what a neat idea dropping a record without fanfare is.

That’s not to say, though, that Pe’ahi isn’t a departure. The name is taken from a well-known surf spot on the north coast of Maui, Hawaii - that in itself should be enough to tell you that the duo have well and truly left familiar territory behind. You imagine inspiration striking across The Raveonettes in a dingy New York club or a dive bar, not out on the beach under a blazing sun. A change of scenery - metaphorical or otherwise - is probably precisely what they needed; their tried-and-true garage-pop formula was beginning to sound a little bit tired on their last record, Observator.

On Pe’Ahi, they’ve managed to tap into a genuinely broad emotional spectrum; opener ‘Endless Sleeper’ has ominous guitars and thumping drums backing a tentative, nervous vocal from Sharin Foo. Many of the tracks are characterised by a claustrophobic, oppressive wall of guitar sound; nothing new for The Raveonettes, of course, but what is different is the manner in which they’ve juxtaposed it against a less typical sonic sweetness than on their past albums - take the flicker of the harp on ‘Sisters’, for example, or the chirpy synths running through ‘The Rains of May’.

There’s moments of real experimentation, too. ‘When Night Is Almost Done’ almost acts as Pe’ahi in microcosm, jumping suddenly - almost jarringly - between aggressive bursts of feedback and saccharine, near a capella vocals, whilst ‘Kill!’ is probably as close to electronica as the pair have yet come, with a fizzing synth line giving way, in lieu of a chorus, to heavily distorted screeches from Foo that she’s lifted directly from Alice Glass. Sonically, it’s a record that flits between extremes with utter disregard - perhaps even disdain - for the listener’s nerves; it’s presumably a deliberate move, though, given that thematically, Pe’ahi seems to be largely concerned with emotional fragility.

‘Z-Boys’, for instance - a repetitive track that runs at least a minute too long - is an ode to the intangibility of nostalgia, whilst ‘A Hell Below’ deals with the concept of self-flagellation for past wrongs, particularly in the context of failed relationships. It’s perhaps not surprising that there’s a genuinely fraught feel to the way in which the album’s mood seems to swing - the loss of Sune Rose Wagner’s father last Christmas Eve being the most prominent event in a tumultuous few months for the guitarist that also saw him hospitalised - but it’s certainly something that’s palpable throughout.

It’s actually that, rather than any sonic changes, that marks the real progression for The Raveonettes; where once they were achingly cool, stoically detached, they suddenly seem vulnerable, emotionally accessible. Pe’ahi is an uneven reinvention, but it’s a brave one, too - the manner of its release isn't the only surprise that comes with it.