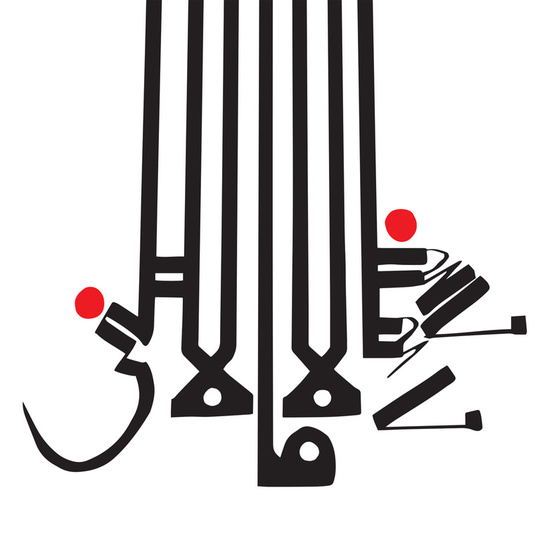 The dreamworld. A relative unknown. A place we go to at the end of each day to escape the present. A realm of anxieties and desires. A land that lives while you sleep, and dies while you live.

On the surface, Shabazz Palaces are just another rap group, the next in line to the hipster-hop throne, one currently occupied by that Chance fellow and the articulate one from Odd Future. The fact they've been billed as “Sub Pop's first hip-hop act” seems to cement this view. In fact, it means every single piece on the group, including this very review, feels the need to mention that they're on the Seattle label.

However, dig a bit deeper and it becomes apparent that there's more to these chaps than snapbacks and P4K approval. Lese Majesty, their second full length, drags us away from the streets and into rap's subconscious, a zero gravity dreamworld with a galaxy of beats. 'Dawn in Luxor' swoops and sways along like David Lynch on purple drank. The opening song, it sets the precedent for the following 18 tracks. It's packed full of sleep waves and slurps that ease their way into your mind.

The reference points for the group reach further than your usual rap-fare. 'They Come in Gold' gets all Aphex Twin on our collective ass. The song has a beat as thick as syrup that gloops from ear to ear, making a sort of strange pudding out of your mind. Meanwhile, 'The Ballad of Lt. Maj. Winnings' offers up squelchy aural cuddle that Wayne Coyle would be proud of; it's all effects pedals and melancholy eccentricities.

Lese Majesty has a real 'feel' to it, each song is perfectly placed to the next. It is a record to indulge in, one melting synth note at a time. Because of this, there are no real “moments” to speak of, but that's exactly the point. The album is the moment. And that's the way it should be. It's refreshing to see a group embrace the long player format in such a unique way, especially in the age we live in. An age where hits are made from clicks and albums are for show, rather than play.

Towards the back end of the record, things start to get a bit dark. 'New Black Wave' threatens to destroy the dream by taking us, momentarily, into a nightmare. The beat get moody and stops offering out cuddles. However this doesn't last for long. We soon find ourselves back in our happy place for the floaty-light finale of 'Sonic MythMap for the Trip Back', which brings us back to right where we started.

After this sonic journey it's hard not to yawn. And that's not a negative. In fact, its perhaps the biggest compliment the group could get. After almost an hour of sleepy beats and distant verses there's nothing else to do but yawn the rest of the night away.

So just sit back, tune in, and yawn out. Shabazz Palaces will meet you in the dreamworld. There's worst ways to spend your night.